The incident took place due to a dispute between villagers and Gram Pradhan over the usage of a disputed land for farming. 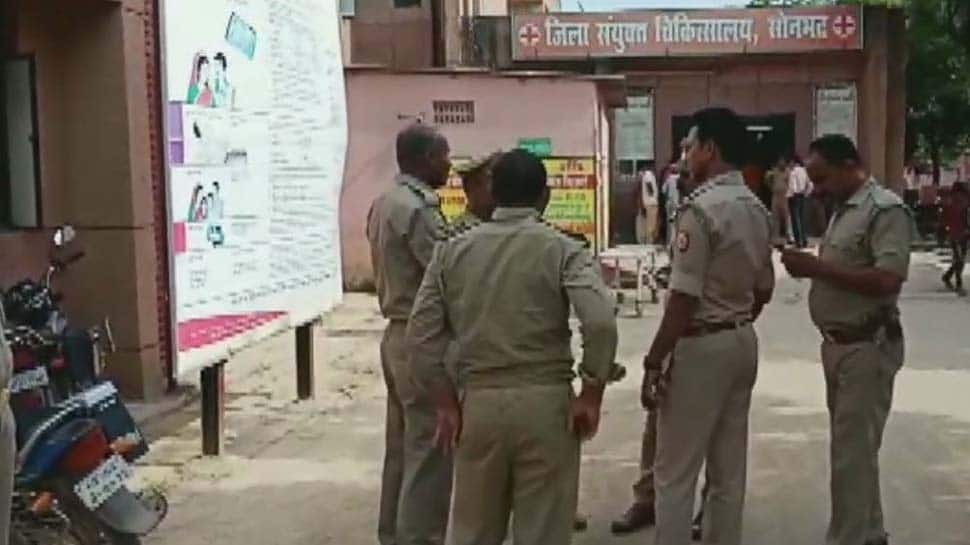 Lucknow: At least nine people were killed and three got critically injured in firing over a land dispute in Uttar Pradesh's Sonbhadra district on Wednesday. The incident happened in Muratia village of the district. Sources told Zee Media that the firing was carried out by the Gram Pradhan and deceased included six men and three women. The incident took place due to a dispute between villagers and Gram Pradhan over the usage of a disputed land for farming.

Sonbhadra District Magistrate (DM) Ankit Kumar Agarwal said the incident took place over a land dispute. He told ANI that nine people have been brought to the district hospital of these, some are injured and some are dead. The DM, however, noted that the exact death toll can be confirmed only after all the ambulances carrying the dead bodies would arrive at the hospital.

Sonbhadra: Casualties reported after firing between two groups over a land dispute in Ghorawal today; District Magistrate Ankit Kumar Agarwal says, "We can't tell exact numbers as of now. 9 persons brought to District Hospital. Some are injured & some are dead." pic.twitter.com/QDeL1QylFK