The NITI Aayog has called for establishment of 1,50,000 Health and Wellness Centres under Ayushman Bharat. 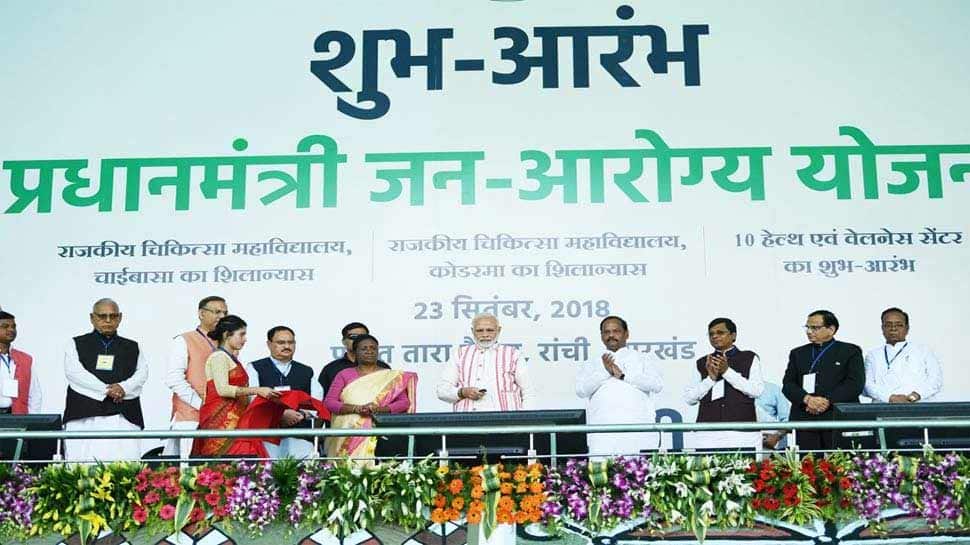 The NITI Aayog has called for accelerating the establishment of 1,50,000 Health and Wellness Centres (HWCs) under the Ayushman Bharat programme and making them operational on priority by 2022-23 to ensure sufficient coverage of affordable primary care and lower the burden on secondary and tertiary care.

The Aayog in its 'Strategy for New India @75' document released on Wednesday stated that HWCs should provide services such as screening and management of non-communicable diseases, mental health ailments, geriatric and palliative health care, trauma care and emergency care among others.

The report stated that developed nations such as the UK, Australia, Canada, the Netherlands and Sweden spend a large share of their federal healthcare budgets on primary care.

"The battle against non-communicable diseases can only be won through a primary health system that ensures that chronic diseases are not only detected early, but also that preventive action is taken to ensure improved lifestyles," it said.

The Aayog termed the decision to launch the Pradhan Mantrio Jan Arogya Yojna under the Ayushman Bharat a path breaking step towards Universal Health Coverage.

It noted that public funding of health has been consistently low in India (approximately 1.3 per cent of GDP). As a result, out-of-pocket expenditure (OOPE) is 62 per cent of the total expenditure on health, it added.

The Aayog also pitched for ensuring access to drugs and medical devices at affordable prices as it was an essential ingredient of Universal Health Coverage. It observed that citizens have to incur high out-of-pocket expenditure on primary health care, of which the largest expenditure is on drugs.

The Aayog recommended providing greater autonomy to public hospitals to use claims money generated under the PM-JAY to improve facilities, purchase the necessary drugs or tests and provide performance-based incentives to the staff.

It suggested strengthening district hospitals to conform to the Indian Public Health Standards and institutionalise ranking of district hospitals based on their performance on health indicators to foster competition and nudge them towards quality improvement.

It also called for strengthening health research capacity by setting up research consortia for diseases of high priority including neglected tropical diseases and emerging infections along the lines of the India TB Research and Development Corporation.

"Cover the entire country with a network of viral research and diagnostic laboratories with a testing capacity of more than 15 lakh samples per year. Identify key research areas in traditional medicine and facilitate collaborative research with modern systems of medicine," the Aayog suggested.

For successful implementation of the PM JAY, the Aayog pitched for developing a robust, scalable and interoperable IT platform as per standards formulated by the National Digital Health Authority to enable paperless and cashless transactions under the scheme.

It also stressed putting in place mechanisms for fraud prevention, detection and control as well as for grievance redressal.

The Aayog suggested designing a comprehensive media and outreach strategy to increase awareness of the scheme among intended beneficiaries and other stakeholders and institutionalising health technology assessment at the central and state levels to determine the service packages to be covered under the PM-JAY in the future.

It called for developing costing frameworks for determining accurate package rates for procedures.