The Bihar government on Sunday held a state-wide protest against the menace of dowry. 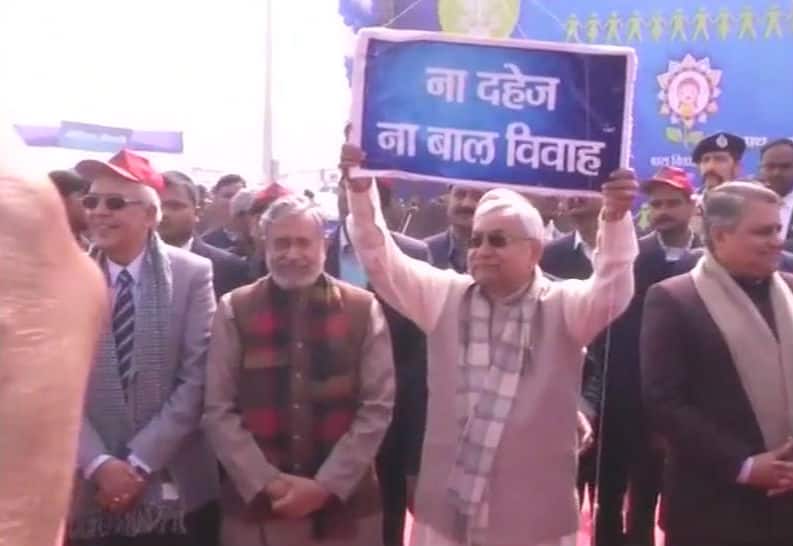 The Bihar government on Sunday held a state-wide protest against the menace of dowry. For this purpose, the government formed a 13,688-km-long human chain, led by Chief Minister Nitish Kumar himself. Over 4 crore people were expected to participate in the human chain formation.

The Bihar Chief Minister inaugurated the event by unleashing 100 bunches, comprising 50 balloons each, at Gandhi Maidan in Patna.

The human chain started from Gandhi Maidan and extended to national highways, state highways, different districts, blocks, and villages. Different ministers and secretaries have been given the charge to monitor the event in various parts of the state.

It was slated to be an half-an-hour event, for which traffic advisories were issued across the state for travel between 11 am and 2 pm. However, ambulance, emergency vehicles, media vehicles and VVIP cars/convoys were exempted.

The campaign against the menace of dowry was started by CM Nitish Kumar on October 2. He had declared about the formation of human chain at that event.

The human chain formation was photographed and filmed by 40 drones.