He added that the ICMR has been conducting large-scale sequencing of nationally representative strains of SARS-CoV-2 virus. 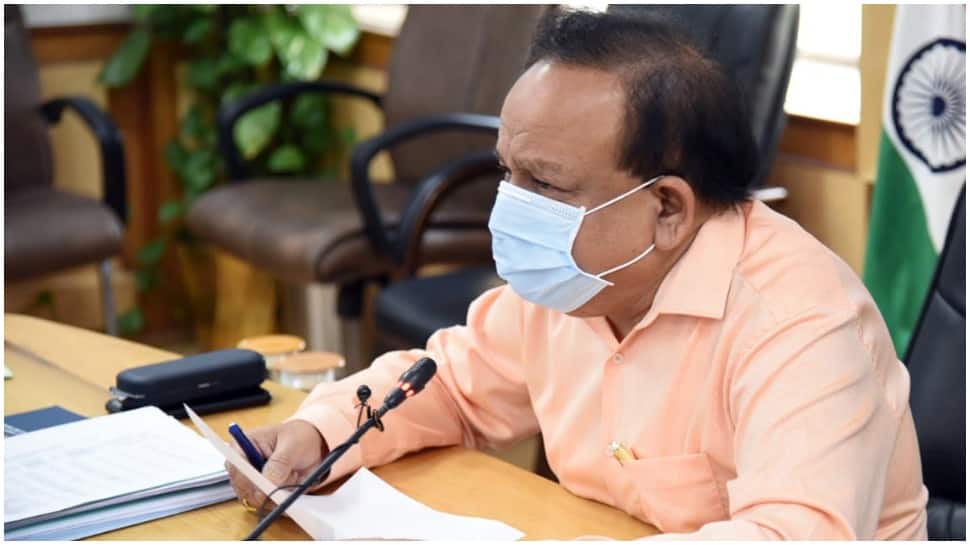 New Delhi: The Union Health Minister Harsh Vardhan on Sunday (September 20, 2020) stated that there has been no significant mutation in SARS-CoV-2 (a virus that causes COVID-19) in India and also informed that the Indian Council of Medical Research (ICMR) is exploring the saliva-based COVID-19 test.

Harsh Vardhan while interacting with his social media followers through 'Sunday Samvaad platform' said, "No significant or drastic mutations have been found in strains of SARS-CoV-2 in India (available in GISAID, global database), till now."

He added that the ICMR has been conducting large-scale sequencing of nationally representative strains of SARS-CoV-2 virus collected in the past several months over different time-points and detailed results on mutations and evolution of the virus will be available by early October.

On the recent saliva-based test for COVID-19, Harsh Vardhan noted that ICMR has validated a few tests but no reliable test has been found and companies with tests approved by US-FDA have still not approached the Government of India.

He stated that ICMR is actively exploring this test method and will inform as soon as reliable options are available.

#WatchNow the second episode of #SundaySamvaad!

Delighted to continue the wonderful conversation we started last week ...

Speaking on the concrete measures that have been planned to handle such public health emergencies in the future, he said 'Atmanirbhar Bharat Abhiyan' will strengthen the nation to an extent where we will be able to overcome any eventuality including another pandemic.

"On May 12, 2020, Prime Minister Narendra Modi ji had announced in his address to the nation an economic package of Rs 20 trillion to tide over the coronavirus crisis and make India 'Atmanirbhar'. It underlines the commitment of the Government for increased investments in Public Health and other health reforms to prepare India for future pandemics," said Harsh Vardhan.

He added that a major proposal under consideration at the Expenditure Finance Committee level includes the following components:

· Strengthening surveillance of infectious diseases and outbreak response including that for points of entry.

Responding to a question regarding the achievement of engineering polio eradication in India, he stated that coronavirus is a novel pathogen and literature is absent on it, unlike Polio. He added that India’s handling of outbreaks in the past such as SARS, Ebola and Plague will play a major role in containing COVID-19.

He also explained how coronavirus becomes fatal for the elderly and the co-morbid and opined, "Scientific evidence points towards a high viral load and development of cytokine storms among the elderly perhaps due to certain genetic polymorphism in Toll-like receptors on cells prominent among them. During the course of COVID-19, older patients can reduce their viral titers, only to rapidly descend into a state of shock involving hyper activation of the immune system and hypercoagulation in small blood vessels."

However, he forewarned that this does not mean that a younger person cannot die due to COVID-19. though the risk of death is far lower in this case for younger people.

On the availability of medical oxygen in the country, Harsh Vardhan assured that there is enough oxygen being produced around the country and that the Health Ministry is closely monitoring the situation.

He also dispelled fears caused by the Oxford Astra Zeneca Vaccine candidate and said that vaccine development is a complex process and that trials have been restarted only after an independent investigative expert committee gave them the permission to proceed ahead.