No Supreme Court guideline on privacy has been violated in identifying perpetrators of Delhi riots, says Amit Shah in Rajya Sabha

Amit Shah said that those responsible for the recent riots in Delhi will be brought to book irrespective of their caste, religion and political affiliations, adding that 1922 faces have been identified using facial identification software. 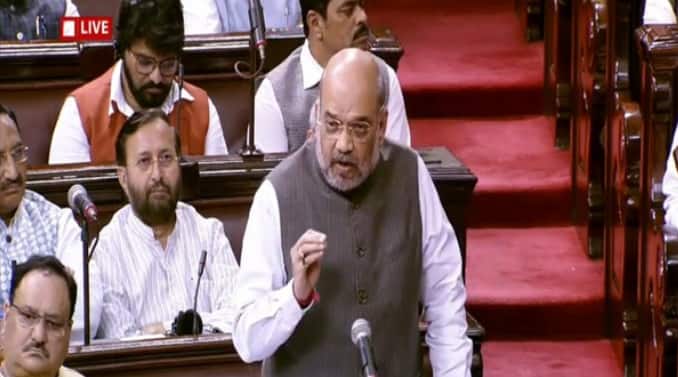 New Delhi: Home Minister Amit Shah said on Thursday (March 12) that over 700 FIRs have been registered and more than 2,600 people arrested based on evidence, while replying to a debate in Rajya Sabha on Delhi riots.

The Home Minister said that those responsible for the recent riots in Delhi will be brought to book irrespective of their caste, religion and political affiliations, adding that 1922 faces have been identified using facial identification software.

He further informed that 50 serious cases of murder, attacks on religious places, hospitals, and educational institutions being handed over to three SITs.

Amit Shah said that the Modi government was not running away from a debate on this issue but wanted a peaceful Holi, adding that no Supreme Court guideline on privacy has been violated and no Aadhaar data has been used.

Earlier, the BJP issued a whip to all its Rajya Sabha members to remain in the House during the important discussion.

In the Lok Sabha on Wednesday, Home Minister Amit Shah said that no incident of rioting took place in the national capital after February 25, and added that there was "a deep conspiracy" behind the Delhi riots. Shah had also vowed not to spare anyone nvolved in the Delhi violence irrespective of their religion, caste or party affiliation.

He said that a case of conspiracy was filed after looking at how the riots spread in such a short span of time, adding that more than 300 people apparently came from Uttar Pradesh.

Expressing grief over the loss of lives and conveying his condolences to the bereaved families, Shah said he wants to assure them that no one who was involved in the riots will be spared.

Shah also said he didn't attend various events related US President Donald Trump's visit to Delhi as he was busy with Delhi police in formulating strategy to control the violence. He also said it was on his request that National Security Advisor Ajit Doval visited the riot-affected areas to raise morale of the Delhi police.

Giving details of the casualties due to riots, he said, "52 Indians lost their lives during the violence", adding "I won't give figures in 'Hindu-Muslim'. 52 Indians have died, 526 Indians have been injured. Shops of 371 Indians were set ablaze and houses of 142 Indians were burned."