The Malda district administration has informed the BJP that it is not possible to grant permission to land helicopters at Malda airport this week. 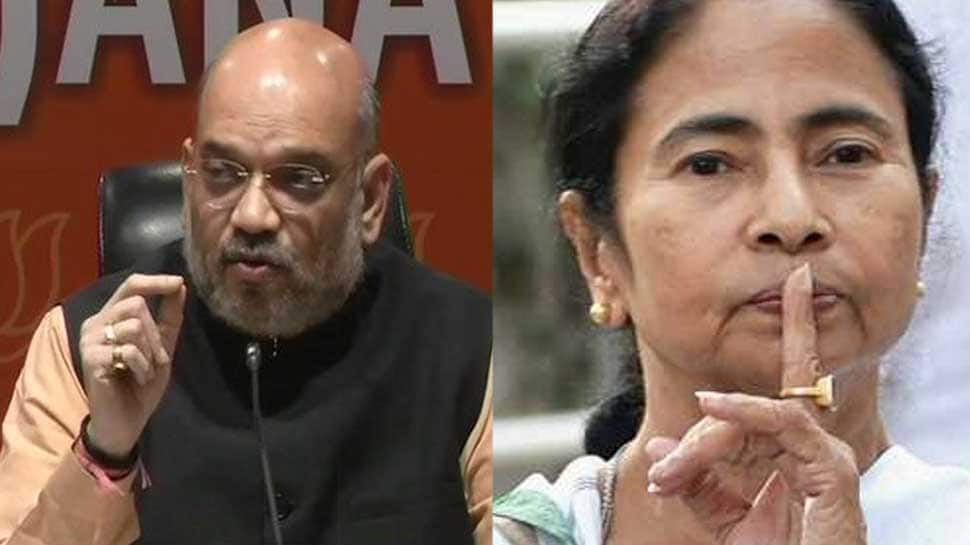 KOLKATA: In yet another attempt by Mamata Banerjee-led Trinamool Congress government in West Bengal to stop Bhartiya Janta Party (BJP) President Amit Shah from addressing rally in the state, the state government has denied permission for landing of Shah's helicopter in Malda district.

The BJP president, who was recently treated for swine flu at AIIMS in New Delhi, is scheduled to address a rally in Malda on January 22. As per BJP's plan, Shah will reach Kolkata and then take a helicopter from there to reach Malda where he will participate in a public rally with BJP workers from North Bengal.

The Malda district administration has informed the BJP that it is not possible to grant permission to land helicopters at Malda airport this week.

WB: In letter dated 18 Jan, Addl DM, Malda replied to BJP over permission for landing chopper at Malda airport on 20 Jan, states 'Up-gradation work at Malda airport going on. Sand&material lying around. Airport not suitable for safe landing of helicopter. Permission not possible'

"As per report of the executive engineer, PWD (civil), Malda Division, up-gradation of work at Malda Airport is going on in full swing. A large quantity of fine sand, dust and GSB materials is lying all along the runway and also stacked all around the site," Additional District Magistrate of Malda said in a letter to BJP.

The letter added that the ongoing construction work has also affected the maintenance of temporary helipad at the airport and it is not possible to grant permission to Shah's chopper to land at Malda Airport.

Meanwhile, General Secretary of BJP Malda unit had written to Malda DM saying that West Bengal government is using Malda Airport for landing their helicopter every Wednesday and they are refusing permission to Shah's helicopter.

General Secy, BJP Malda had written to Malda DM on 18 Jan stating 'Malda airport is now being used by WB govt for landing their helicopter service every Wednesday. You're saying that Malda airport us not suitable for safe landing, then why you are allowing helicopter of WB govt?' https://t.co/igpJisZyul