In a video message, Kamal Haasan stated that a lot of kings had given up their kingdoms for India to be born, but a lot of Indians and states vehemently opposed giving up their language. 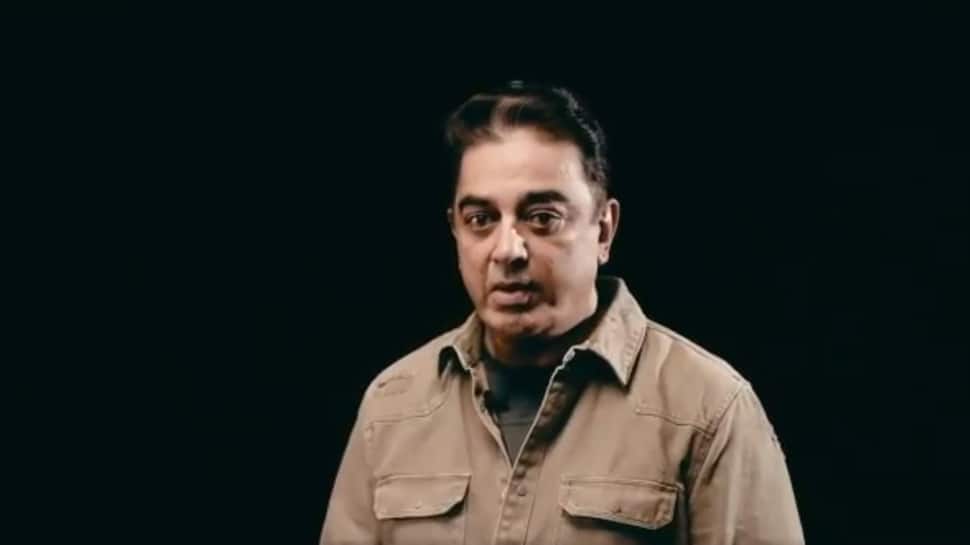 Actor-turned politician Kamal Haasan is the latest to join the chorus of politicians in Tamil Nadu to oppose the comments of Home Minister Amit Shah on the need of Hindi to be made a common and unifying language for the country. The critically-acclaimed actor released a video message to object to the remarks made by Shah at an event to mark ‘Hindi Diwas’.

In the video message, Kamal Haasan stated that a lot of kings had given up their kingdoms for India to be born, but a lot of Indians and states vehemently opposed giving up their language, culture and traditions. “When India became a Constitutional republic in 1950, the Government promised the same to the people and no Shah or Sultan or Samrat can attempt to change it”.

Making a mention of the 2017 protests demanding the conduct of the bull-taming sport he said, “Jallikattu was just a protest, the battle for our language will be exponentially bigger than that. India or Thamizh Nadu does not need or deserve such a battle.”

Now you are constrained to prove to us that India will continue to be a free country.

You must consult the people before you make a new law or a new scheme. pic.twitter.com/u0De38bzk0

“Most of the Nation happily sings their National Anthem in Bengali with pride and will continue to do so. The reason is the poet who wrote the National Anthem gave due respect to all languages and culture within the Anthem. And hence, it became our Anthem. Do not make an inclusive India into an exclusive one. All will suffer because of such short-sighted folly.” he added.

Following Amit Shah’s comments made at the Hindi Day event, leaders of the DMK, Tamil Nadu Congress Committee and NDA-ally Pattali Makkal Katchi, among others, had expressed their disapproval.

DMK president MK Stalin had also slammed the Home Minister’s comments, saying, “The Prime Minister should clarify his stand, otherwise the DMK will get ready for another language war. This is India not ‘Hindia’. There is a threat to India’s unity after attempting to thrust Hindi in Railways, Postal jobs. DMK will not hesitate to unite states which stand to lose rights due to Hindi dominance”.