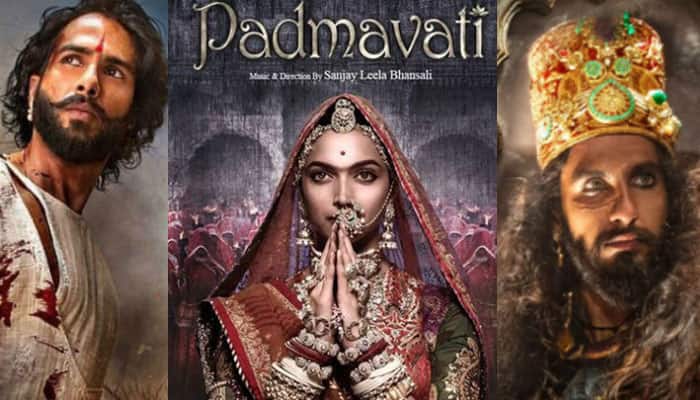 NEW DELHI: After three states calling for a ban on Deepika Padukone-starrer 'Padmavati', Maharashtra Tourism Minister has demanded a ban on the screening of the controversy-ridden film in the state.

Tourism Minister Jaykumar Rawal, who is associated with the Bharatiya Janata Party (BJP), has written to Chief Minister Devendra Fadnavis demanding a ban on the Sanjay Leela Bhansali movie if it distorted historical facts.

Rawal said he has written to the CBFC to cancel the "certificate given to the movie" and that it be shown to a committee of expert historians.

Rajasthan, Uttar Pradesh, Haryana all BJP ruled states - and Punjab, ruled by the Congress, have already opposed the release of the movie.

Amid rumours that there was a romantic dream sequence between Padmavati and Alauddin Khilji's characters, various Rajput and other groups have been protesting against the film, alleging it "distorts" history and hurts the sentiments of the people.

The producers of the film Padmavati will take a call on its release only after the censor board's go-ahead, a source said on Tuesday.

Meanwhile, breaking his silence on the controversy, actor Ranveer Singh on Tuesday said he stands by the movie and its director Sanjay Leela Bhansali "200 percent" amidst the ongoing controversy over its alleged content.

"I am 200 percent with the film and I stand by it as well as Sanjay Leela Bhansali. Given that it is very sensitive time right now, I have been specifically asked not to say anything. Whatever official communication with regards to the film needs to be made, you will receive it from the producers," Ranveer told the media.

Adityanath also said that Bhansali should respect the sentiments of people protesting against the film.

"Bhansali has no right to play with the emotions of people. If people are protesting, he should respect their sentiments," he said.

Chief Minister Vasundhara Raje has said that 'Padmavati' will not be released in Rajasthan till necessary changes as per the suggestions given to the Centre were incorporated in the Sanjay Leela Bhansali movie.

In the letter to Union Information and Broadcasting Minister Smriti Irani last week, Raje had suggested that a committee of historians, film experts and members from the Rajput community be formed to look into the film's subject and necessary changes be made to it so that it does not hurt the sentiments of any community.

Madhya Pradesh Chief Minister Shivraj Singh Chouhan has said that the historical period drama that "distorts history" and was "against the respect of the country's mother Padmavatiji" would not be allowed to be screened in the state.

"If historical facts are distorted, and if anything is shown or said in the movie against the respect of the country's mother Padmavatiji, then that movie cannot be allowed to release in the land of Madhya Pradesh," Chouhan said.

Amarinder Singh on Monday backed the Rajput community in its protests against Sanjay Leela Bhansali's historical drama that is mired in controversy.

"If historical facts are distorted, and if anything is shown or said in the movie against the respect of the country's mother, Padmavatiji', then that movie cannot be allowed for release in Madhya Pradesh," Chouhan said while addressing members of the Rajput community here at his residence.

"And I am saying this because people of the country and Madhya Pradesh cannot accept disrespect of its pride," the BJP leader added.

Amarinder Singh, in his comments said: "Anything that is historical event... no one will object. But here they are distorting history," Singh told reporters.

"I have also gone to Chittor and returned and seen all things there... So, this is distortion of history and no one will accept it."

"And if communities are objecting to it then it is their right to object," the Punjab Chief Minister added.

However, the Punjab CM on Tuesday decried attempts by some vested interests to misinterpret his statement on the issue.

The Chief Minister said that he had neither supported a ban on the movie nor backed those issuing threats to the actors and crew of Padmavati.