Odd-Even scheme will be implemented from November 4 to 15 in Delhi: Arvind Kejriwal

Appealing to the residents of Delhi to help in combating the menace of pollution which assumes alarming proportions during winter, Kejriwal said that Delhi government will also procure and distribute masks to the people. 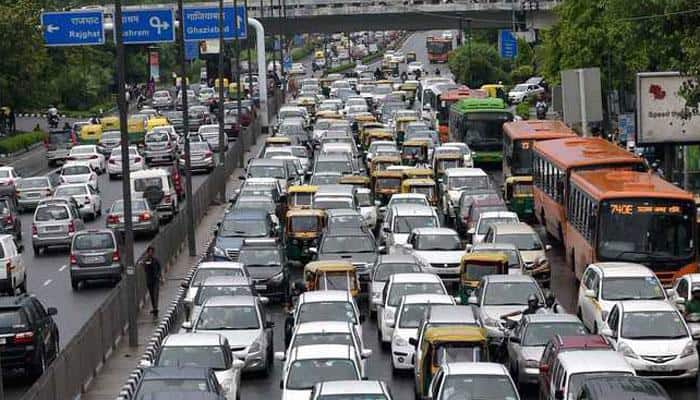 New Delhi: Delhi will once again witness the Odd-Even number scheme in a bid to control pollution for a period of 12 days from November 4 to 15, announced Chief Minister Arvind Kejriwal on Friday. Appealing to the residents of Delhi to help in combating the menace of pollution which assumes alarming proportions during winter, Kejriwal said that Delhi government will also procure and distribute masks to the people.

A total of 12 hotspots in Delhi where pollution is maximum have been identified and special emphasis will be laid on ensuring that the problem is tackled. Sweeping of roads will also be carried out using mechanised means to lessen dust particles in the air.

Kejriwal also appealed to Delhi residents to not burst crackers on Diwali, which is on October 27, as the resultant chemicals and smoke released leads to breathing problems in several people. A day before Diwali, which is celebrated as 'Chhoti Diwali', there will be laser show and entry for the same will be free.

This is the third time that the Kejriwal-led Aam Aadmi Party (AAP) government has implemented the Odd-Even scheme in the national capital. In 2016, the scheme was enforced twice.

Meanwhile, Transport Minister Nitin Gadkari slammed Kejriwal's decision of implementing the scheme and said that it wasn't required as of now and added that pollution on Ring Road has been significantly reduced due to central government's planned schemes.

"No, I don't think it is needed. The Ring Road we have built has significantly reduced pollution in the city and our planned schemes will free Delhi of pollution in the next two years," he told news agency ANI.