Sources told Zee Media that the injured jawan has been airlifted in a helicopter to Ranchi for treatment. 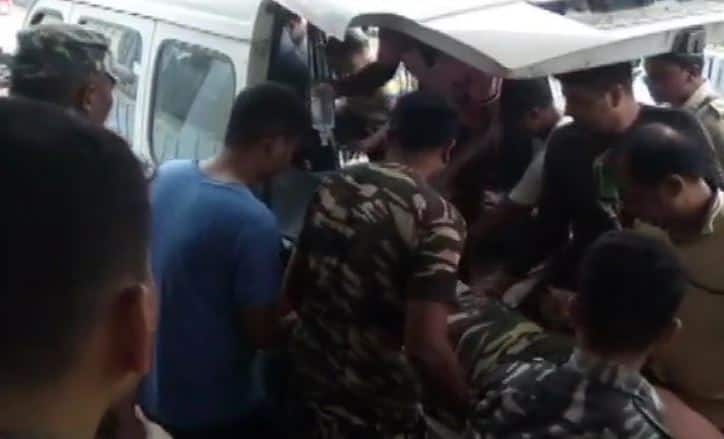 At least one security personnel has lost his life and four others got injured in an encounter in Jharkhand's Dumka district. Dumka Superintendent of Police (SP), Y S Ramesh, told ANI that four-five Naxals were also injured in the encounter.

Sources told Zee Media that the injured jawan has been airlifted in a helicopter to Ranchi for treatment. The encounter took place near Kathalia village, which falls under Raneshwar police station. It is learnt that SSB jawan Neeraj Chhatri lost his life when he was getting treatment for bullet injuries he had suffered during the encounter.

Dumka SP said that police had receive tip-off that around 15-20 Naxals were hiding in the forest of Shikaripada and Raneshwar police station. He added that when a team of SSB and police personnel reached the forest, the Naxals opened fire at them, which forced the security personnel to retaliate. According to reports, the authorities are monitoring the situation.

It may be recalled that on May 28 at least 21 security personnel had got injured after the explosion of an Improvised Explosive Devices (IED) in Kuchai area of Saraikella in Jharkhand. The IED blast injured personnel of 209 CoBRA and Jharkhand police who were out on special operations.