Dharaviya is the third Congress MLA to resign from the party in the last four days. 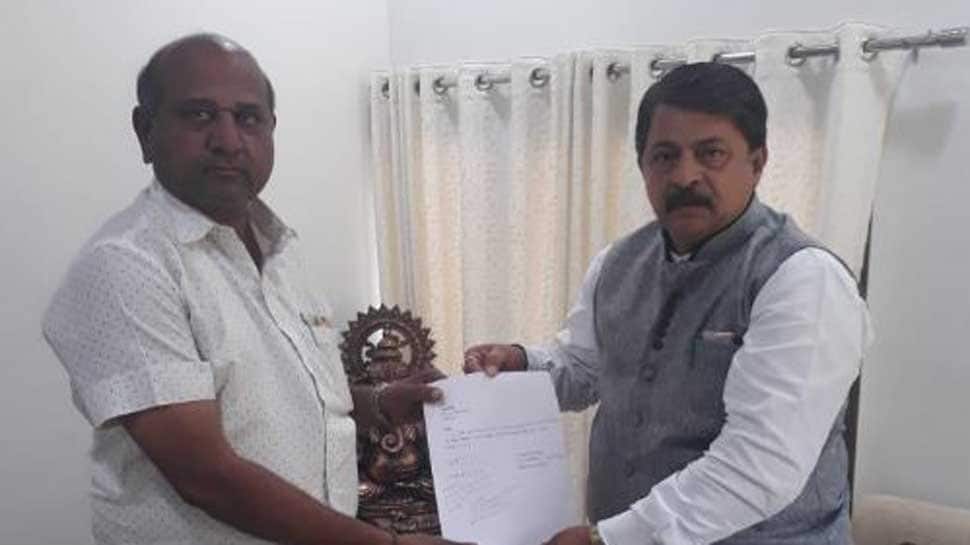 In yet another blow for the Congress, the party's MLA from Jamnagar (Rural) Vallabh Dharaviya on Monday quit the party and handed over his resignation to Gujarat Assembly Speaker Rajendra Trivedi.

Dharaviya is the third Congress MLA to resign from the party in the last four days. "Dharaviya has resigned as Jamnagar (Rural) MLA. He told me he is resigning voluntarily," Speaker Trivedi told PTI.

Hours before Dharaviya quit the Congress, his former party colleague and former Dhrangadhra MLA Parsotam Sabariya, who had quit the Congress on March 8, joined the BJP in the presence of BJP leaders I K Jadeja and K C Patel.

Sabariya was arrested in October last year for his alleged involvement in an irrigation scam but he was granted bail in February by the Gujarat High Court. For his part, Sabariya claimed that he had not quit the Congress and joined BJP under any pressure.

"I am joining the BJP to develop my constituency. I was not under any pressure and have resigned from the Congress voluntarily. As far as the FIR is concerned, the law will take its own course. The BJP has to do nothing about it. I am not joining BJP to get any post or for other benefits," he told reporters.

Congress MLA from Manavadar, Jawahar Chavda, had resigned from the Assembly on March 8. After quitting the Congress, Chavda joined the BJP and was given a cabinet berth in the Vijay Rupani government on March 9.

A total of five Congress MLAs have quit the party in the past few months. The Congress also lost one MLA when Bhagvan Barad was disqualified from the Assembly on March 5 after he was convicted and awarded a jail term of 33 months by a local court in an illegal mining case.

Congress MLA Kunvarji Bavalia had resigned in July last year and he is now a cabinet minister in the state government. In February, another Congress MLA Asha Patel had resigned from the Gujarat Assembly to join the BJP.

The BJP now has 100 MLAs, while the Congress has 71 MLAs in the 182-member Gujarat Assembly.