Several camps of insurgent groups were destroyed by the Indian and Myanmar armies during Operation Sunrise 2. 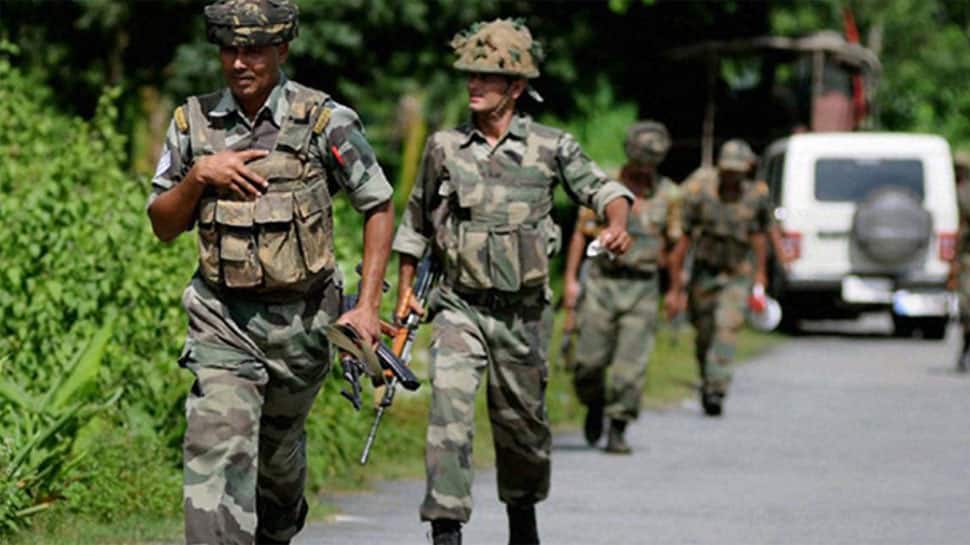 The armies of India and Myanmar have targeted several terrorist groups in Manipur, Nagaland and Assam as part of a three-week long coordinated operation, named ‘Operation Sunrise 2’, which was launched on May 16. As part of the operation, both the armies conducted operations in their respective territories to bust terror camps and nabbed at least six dozen operatives.

According to the sources, several camps of insurgent groups were also destroyed during the operation.

However, the Myanmar Army is also reported to have suffered a loss in the second phase of 'Operation Sunrise 2'. At least 13 soldiers of the Myanmar Army lost their lives in clashes with Rakhine insurgent group Arakan Army between May 15 and May 19.

According to officials tracking India's border along Myanmar, there are many camps of militant groups currently and Myanmar Army has been engaged in number of operations. Indian agencies are continuously monitoring the developments along Indo-Myanmar border.

“Myanmar Army is engaged on many fronts at the same time. They are taking action against various insurgent groups that are operating at Indo-Myanmar border. There is turmoil in Rakhine state also where terrorist group Arakan Rohingya Salvation Army (ARSA) is continuously targeting them. With foreign help, insurgent groups like Arakan Army are becoming very powerful,” said an official deployed in security establishment.

The sources in Union Defence Ministry claimed that at least six dozen militants belonging to various groups were nabbed and several camps were destroyed during the operation, adding that the two sides might launch the third phase of the operation, depending on the ground situation. There are over 50 camps of insurgent groups reported from the north-east in Myanmar till 2018.

The Indian Army had carried out the first phase of 'Operation Sunrise ' between February 17 and March 2, in its own territory along the Indo-Myanmar border. It is said to have destroyed almost 12 camps of insurgent groups. Despite the joint operation by India and the Myanmar Army in March against the insurgent group, Arakan Army, the danger on the Kaladan transit project is not over yet. The Kaladan multi-modal transit transport project is viewed as India's gateway to Southeast Asia.

“The Arakan Army is getting help from abroad. They are getting arms and explosive training to launch massive attack on Myanmar Army. It is a very tough situation for the Burmese Army - on one hand they are fighting against Arakan Rohingya Salvation Army (ARSA) and there is another big challenge to fight against Arakan Army,” said an official of the Defence Ministry.

The operation was done in the area of south Mizoram and the Army had described it as a great success. But on the ground, the situation is still the same and the Myanmar Army is expecting more help from India to secure the Kaladan Project completely.

“The Arakan Army had attacked a Burmese vessel carrying 300 steel frames for the Paletwa Bridge and abducted the entire crew. They were later released. The vessel had sailed from Yangon to Paletwa. The Arakan Army is conspiring to launch more such lethal attacks,” said an officer working in Indian security establishment.

The Kaladan multi-modal transit transport project is being viewed as India's gateway to the Southeast Asia. India entered into a framework agreement with Myanmar in April 2008 to facilitate implementation of the project. On completion, the project will help connect Mizoram with the Sittwe Port in Rakhine State of Myanmar. On the Indian side, work is on to extend the Aizawl-Saiha National Highway by 90 km to the international border at Zorinpui.