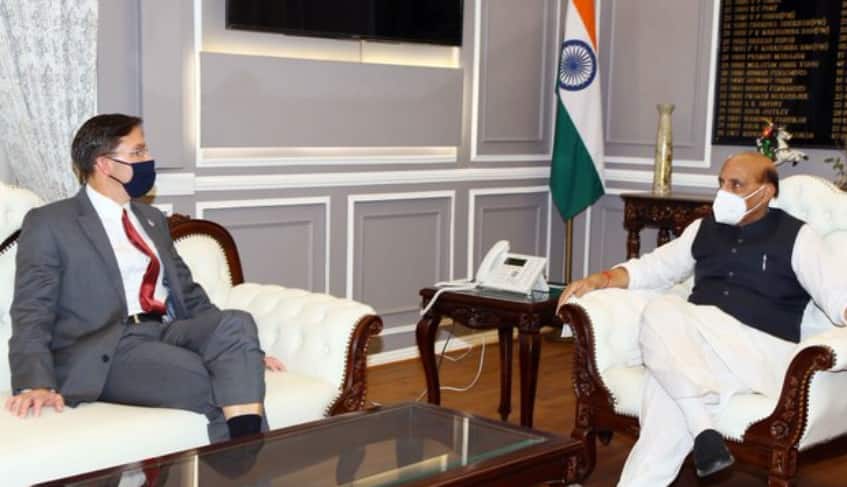 New Delhi: Defence Minister Rajnath Singh on Monday (October 26) meets US Secretary of Defence Mark Esper, who was accorded Guard of Honour at South Block. Welcoming his US counterpart, Rajnath Singh said "India is delighted to host US Secretary of Defence, Dr Mark Esper. Our talks today were fruitful, aimed at further deepening defence cooperation in a wide range of areas."

US Secretary of State Mike Pompeo and Defence Secretary Mark Esper are in India to participate in the 3rd India-US 2+2 Ministerial Dialogue. 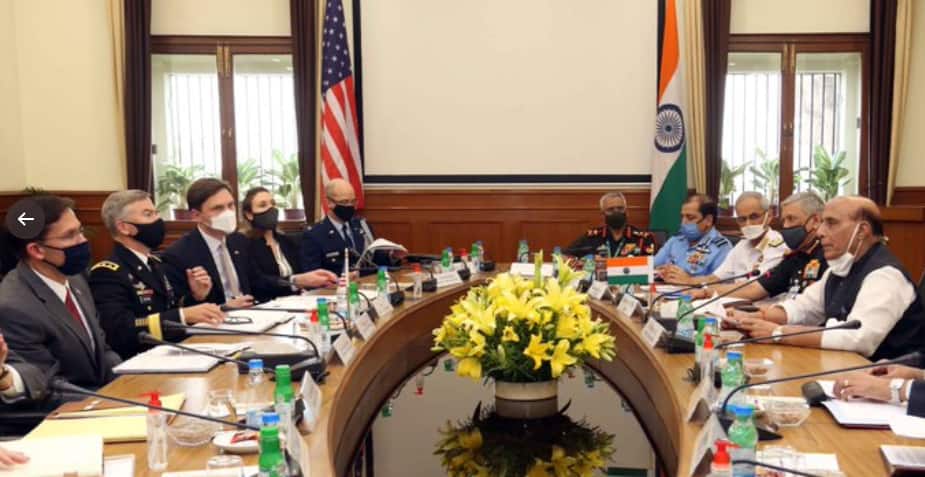 Prior to the start of the meeting, keeping coronavirus spread in mind, US Ambassador to India Kenneth Juster greeted General Bipin Rawat and Admiral Karambir Singh with elbow bumps.

Top two officials of the Donald Trump administration reached Delhi for the 2+2 India US meet. It is expected to be the most significant diplomatic engagement in Delhi amid the Sino-India faceoff.

After bilateral meets with their Indian counterpart, both US Secretary of state and Defense secretary will attend dinner hosted in their honour. Secretary Pompeo’s visit marks the fourth visit to India by a Secretary of State during the Trump Administration.

The formal 2+2 happens on Tuesday and will be followed by a joint called by Indian and US foreign and defence leaders with Indian Prime Minister Narendra Modi.

On the table discussions are expected to be on several crucial topics including Chinese aggressiveness, Indo Pacific concept, how to deal with COVID pandemic, and increase people to people engagement.

Bihar Assembly polls: We're interested only in work, not in our self-promotion, says CM Nitish Kumar