Karni Sena President Sukhdev Singh Gogamedi has threatened to gherao the CBFC office against the January 21 release date of the movie. 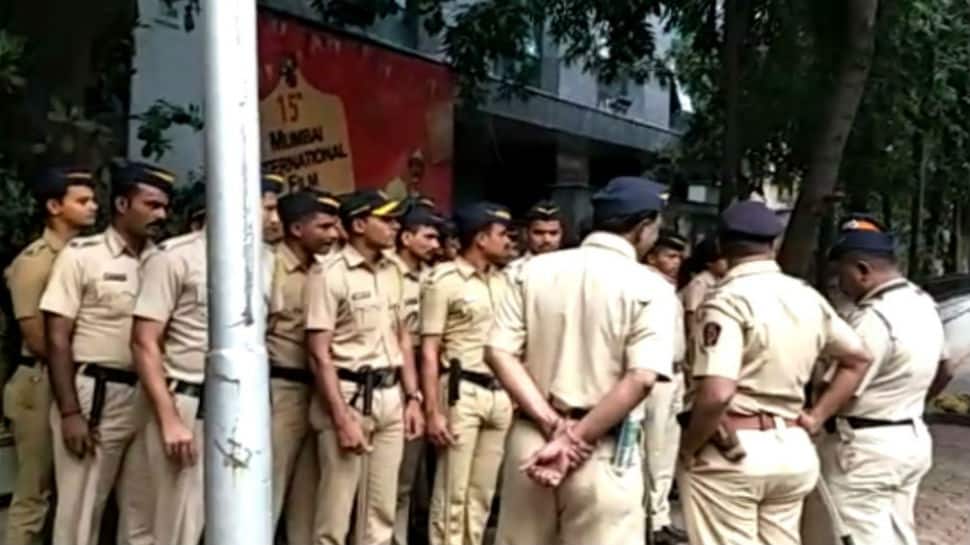 Mumbai: Additional security personnel were deployed outside the office of Central Board of Film Certification on Friday after Karni Sena threatened to stage a protest against clearance given to Sanjay Leela Bhansali's directorial venture Padmaavat (earlier, Padmavati). A number of protestors who had begun gathering at the spot were also detained.

Karni Sena President Sukhdev Singh Gogamedi had, on Thursday, threatened to gherao the CBFC office. Thousands are expected to join the protests throught the course of the day.

Targetting the Censor Board and its decision to release the film, Sukhdev said, "The CBFC which has been running ever since the time of Britishers doesn't know how to work."

Mumbai: Karni Sena workers detained by Police while they were protesting outside Central Board Of Film Certification office against the film #Padmavat, say, 'changing the name of the film doesn't suffice' pic.twitter.com/XgbeTXzKXv

The Karni Sena has also demanded the resignation of Prasoon Joshi, the chairman of CBFC. "From the past one and a half year, we have been talking peacefully but now it is time to take up the path of aggression", said Sukhdev.

CBFC had given the Deepika Padukone, Ranveer Singh and Shahid Kapoor starrer a U/A certificate and suggested numerous changes including changing the title.

The Central Board of Film Certification had an examining committee meeting on December 28. It was decided at the meeting that the movie will be given a  U/A certification as long as the makers incorporate suggestions and modifications suggested.

Some of the key modifications suggested include those pertaining to disclaimers, pertinently adding one regarding not glorifying the practice of Sati. It has also suggested relevant modifications in the song Ghoomar to befit the character portrayed.

Karni Sena members though are not satisfied with the changes suggested.