The development comes at a time when eleven civilians have been killed by terrorists in Jammu and Kashmir in October. 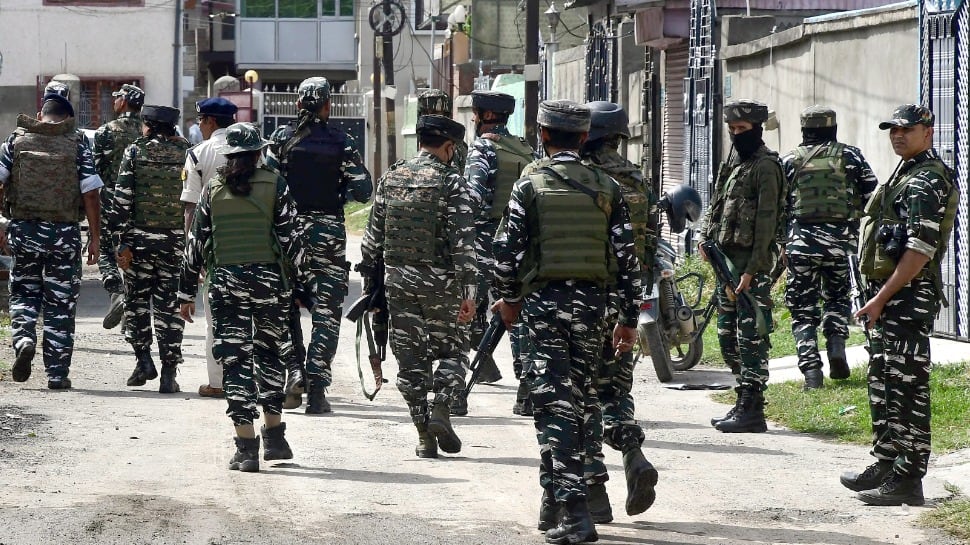 File Photo of Indian security forces in Jammu and Kashmir
Share:
Written By:

New Delhi: Amid a slew of selective killing of minorities in Jammu and Kashmir, an alleged 'blueprint' of Pakistan's Inter-Services Intelligence (ISI) has surfaced. The 'toolkit' contains as many as 22 points as part of an ISI's plan for the Kashmir valley.

The development comes at a time when eleven civilians have been killed by terrorists in the Valley this month.

As per the alleged blueprint, terror groups have been asked to target several people and act upon the following 22 points:

1. Target every non-local official whether in the Valley or at their native places.

2. Target non-locals whosoever comes to the Valley for a long stay.

3. Kashmiri Pandits who have migrated from Kashmir in the early 1990s and now are planning to shift back.

4. Every non-local employee whosoever it might be irrespective of the department he/she is employed with/in.

5. Target every house of JK Police personnel whosoever is involved in the anti-Kashmir struggle.

7. Wherever any non-local is located, he is to be warned to leave the Valley at the earliest.

8. Local Government employees should show their resentment against such orders/circulars which tries to curb their freedom and goes against their work.

9. Sports events organized by the occupier regime and its stooges have to be banned/boycotted.

10. Whosoever is involved in government/occupational forces events has to be dealt harshly.

11. Don't welcome those Kashmiri Pandits who have migrated from Kashmir and are now showing their filthy faces again in the Valley.

12. Target those heads of educational institutions who are hand in glove with the occupier.

13. Boycott all those media outlets whose names have emerged as collaborators.

14. Maintain distance with the occupier stooges and its forces especially JK Police whosoever is directly or indirectly involved in the anti-Kashmir cause.

15. Identify every collaborator and traitor.

16. Freedom fighters have to prioritize their targets according to the Kashmir cause.

17. Locals should shun their dependence on non-locals.

18. Keep distance from such elements who are against the Kashmir cause.

19. Try to understand the negative impact of non-locals residing in JK.

20. Non-locals to be targeted irrespective of their nature of work. In the toolkit, it is written that 'this act might look vague but in the long run it will prove beneficial and effective for Kashmir cause'.

21. Since outsiders come to JK for harassing, brutalizing and controlling JK affairs so it becomes mandatory to expanding operations outside JK and it is to be intensified.

Meanwhile, Indian Army chief General M M Naravane visited forward areas along the Line of Control (LoC) in the Jammu region on Tuesday and was briefed on the ground situation in the region and ongoing counter-infiltration operations. Naravane visited forward areas of the White Knight Corps and undertook a first-hand assessment of the situation along the LoC.

This is noteworthy that the Assam Police has also sounded an alert over possible terror strikes by Pakistan's ISI and terror outfit al-Qaeda over alleged persecution of Muslims in the state. A circular issued by the Assistant Inspector General of Police (Law and Order) on Saturday said the alert has been issued following reports received from the Special Branch of the state police.

The circular said the ISI is planning to target 'individuals including Rashtriya Swayamsevak Sangh (RSS) cadres and army areas in Assam and other places in India'.

There is also a 'threat from global terror outfits to indulge in spectacular action by resorting to explosion of bombs/ IEDs in places of mass gathering/ mass transport/ religious places, etc'.

Another input quoted in the circular said the al-Qaeda has called for 'jihad' in Assam and Kashmir.

Woman gang-raped for a week in Patna, 5 held