Gangwar said, "we have included people working in the digital media sector under the category of a working journalist." 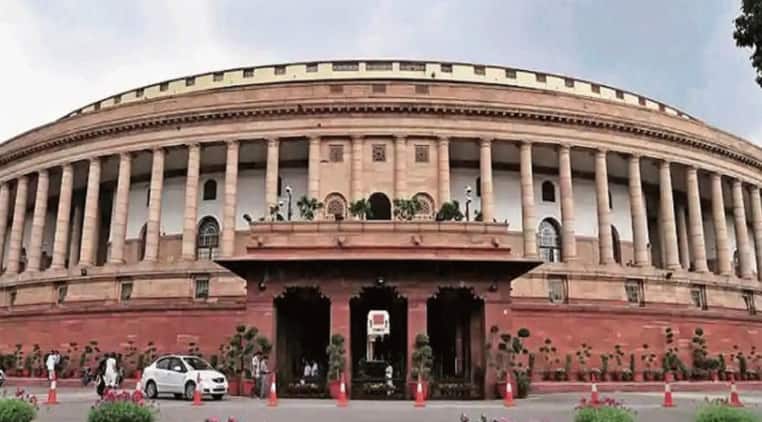 New Delhi: The Rajya Sabha on Wednesday (September 23) passed the three historic and path-breaking labour bills including the Occupational Safety, Health and Working Conditions Code, 2020, the Industrial Relations Code 2020 and the Code on Social Security, 2020.

The Rajya Sabha took up three Bills related to industries and workers together for a discussion on Wednesday. The three Bills were moved for consideration by Labour Minister Santosh Kumar Gangwar.

Earlier on Tuesday, the Lok Sabha passed three labour codes amid a boycott of the House proceedings by several Opposition parties. The government emphasised that these codes will provide salary security, social security and proper environment at workplaces to 50 crore workers.

Here's what Labour Minister Santosh Gangwar said on these labour codes in the Lok Sabha.

- Labour Minister Santosh Gangwar said these codes will provide salary security, social security and proper environment at workplaces to 50 crore workers, adding that the objective of these laws is to provide all kinds of facilities and healthy environment to workers

- In the last six years, Gangwar said the government has taken several steps for employees such as an increase in maternity leave period to 26 weeks, allowing women to work in mines sector and pension scheme for small traders.

- For the first time, a code has mentioned about the provision of providing appointment letters to workers, he said, adding that now a worker would get at least 50 per cent of the penalty in addition with compensation in accidental cases.

- Talking about Industrial Relations Code, Gangwar said there will be no threshold limit for implementation of the code as it will cover all organisations even if it will have one labour. He noted that fixed-term employment would get all benefits at par with regular employees.

- The minister said the provision of 14 days notice before going for a strike would help management and workers to resolve differences.

- Gangwar said that raising the threshold for closure, retrenchment and layoff without government permission for units having up to 300 employees will help in attracting investors and creating jobs.

- On limiting the definition of migrant labours, he said they have made this definition more inclusive and added that if the salary of these workers is less than Rs 18,000, they would come under it and they will be able to avail the welfare schemes of the government.

- Gangwar said, "This government is very sensitive to migrant labourers. We have made several provisions for their welfare in this code. Under this, for the first time, we have made a provision for preparing a database for migrant labour," adding states will have to prepare a detailed database for the workers.

- The labour Minister said there would be a free annual health checkup for workers of a certain age group, and added that under the Occupational Safety, Health and Working Conditions Code, "we have widened the applicability of health and welfare provisions".

- The code was so far applicable only in certain areas like mines, construction, plantation and motor transport, but "now it will be implemented on IT and other services sector," he said, adding that provisions have been made for the inclusion of people working in the entertainment sector.

- Gangwar said, "we have included people working in the digital media sector under the category of a working journalist."

- Over 29 labour laws have been merged into four codes and one of these -- Code on Wages Bill, 2019 -- had already been passed.

- He added that the benefit of health insurance schemes under ESIC would be provided to all workers in hazardous category industries.

Notably, the Rajya Sabha has adjourned sine die today, leading to the closure of the Monsoon session, which was scheduled to go on till October 1, over COVID-19 pandemic concerns. Minister of State for Parliamentary Affairs, V Muraleedharan read out the recommendation for the adjournment of the house.

"We are concluding the 252nd session of the Rajya Sabha today, this session has been marked by several novel features induced by the outbreak of coronavirus at the beginning of this year. We have to conclude this session eight sittings ahead, eighteen sittings had been planned we have completed 10," Rajya Sabha Chairman M Venkaiah Naidu said.

"This August House had to function from six different locations, including chambers of both the houses, four galleries of the house, the first of its kind in the history of Rajya Sabha. In another first, we functioned on Saturday and Sunday of the last week, without taking the usual break," he added.

Doctor who risked his life offering oxygen support to save elderly patient, on path to COVID-19 recovery