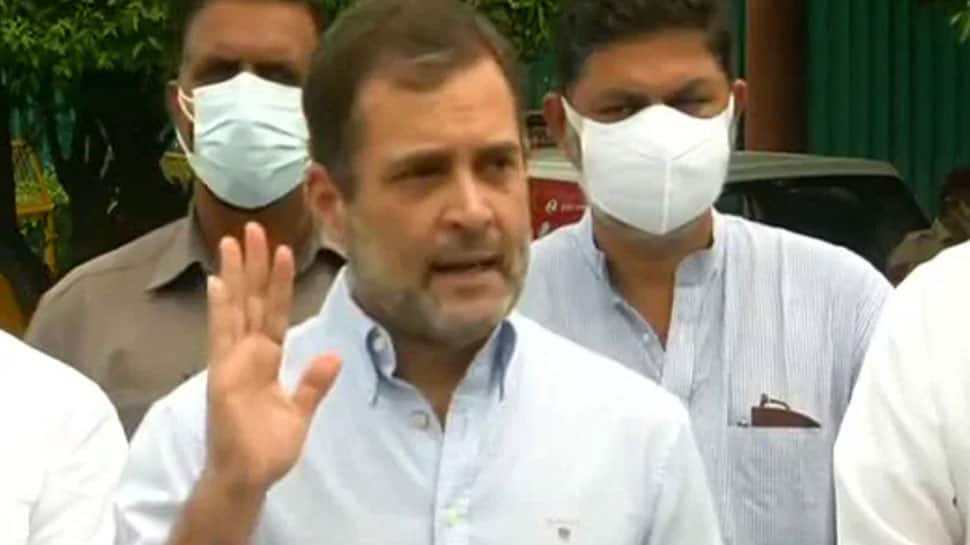 New Delhi: Congress leader Rahul Gandhi on Tuesday urged the top Opposition leaders to unite against the Narendra Modi government over its alleged role in the Pegasus snooping scandal.

Rahul Gandhi made this appeal to the Opposition leaders during a breakfast meeting called by him in the national capital to decide on a united strategy to take on the Modi government over the Pegasus snooping issue.

“The single most important thing in my view is that we unite this force. The more this voice (of the people) unites, the more powerful this voice will become, the more difficult it'll become for BJP-RSS to suppress it,” Rahul reportedly told the Opposition leaders.

Apart from around 100 MPs of the Congress, leaders of several opposition parties, including Trinamool Congress, were present at the meeting. TMC had earlier skipped the previous such meetings called by Rahul Gandhi.

The Gandhi scion had called the breakfast meeting to discuss the strategy to take on the BJP-led government in the remaining part of the Monsoon Session of Parliament on issues being raised by opposition including alleged surveillance through Pegasus spyware.

Opposition parties have been forcing adjournments in the two Houses of Parliament on their demands which include a probe into the surveillance allegations. During the meeting, the top opposition leaders deliberated on ways to increase pressure on the government over the issues being raised by them.

After the conclusion of their meeting, Rahul and other Opposition leaders cycled their way to the Parliament.

#WATCH | Delhi: Congress leader Rahul Gandhi and other Opposition leaders ride bicycles to the Parliament, after the conclusion of their breakfast meeting. pic.twitter.com/5VF6ZJkKCN

The Parliament session began on July 19 and is slated to conclude on August 13.

The opposition leaders later jointly addressed the media. Rahul Gandhi has been active on the Pegasus issue and `breakfast politics` is also being seen as an exercise by the Congress leader to emerge as the face of the opposition.

Last week, Rahul Gandhi caused a surprise by reaching Parliament on a tractor in support of the farmers` demand for repeal of three farm laws.