BJP national general secretary Ram Madhav has said that the people of Ladakh and Jammu are happy with the abrogation of Article 370 but there are still some issues in Kashmir Valley. 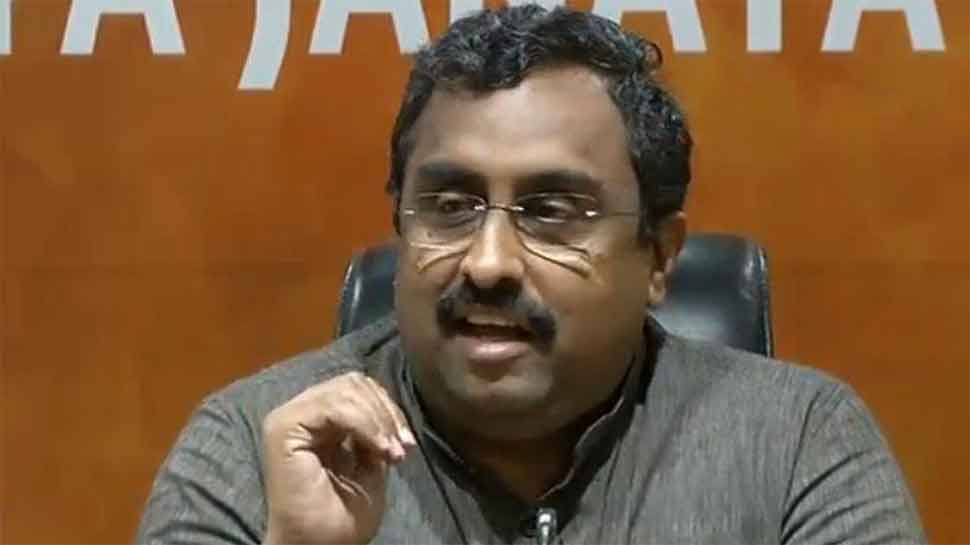 Hyderabad: BJP national general secretary Ram Madhav has said that the people of Ladakh and Jammu are happy with the abrogation of Article 370 but there are still some issues in Kashmir Valley.

"In Jammu and Kashmir, the Jammu region is happy that they have been finally able to fully integrate with the rest of the country. However, there are issues in the Kashmir Valley. These issues will be taken care of and will be dealt with the utmost sensitivity," Madhav said on Friday.

"The people of Ladakh are very happy too, they are rejoicing because it had been their long-pending demand," the BJP leader said addressing a gathering at the National Unity Campaign here.

He also said that attempts to convince the people of Kashmir about the efficacy of this decision will soon be made.

"Already a large section of the people of Kashmir have started appreciating it," he said.

Madhav said that there has not been a single casualty in the state because of the security forces in the last two months.

"Not every Kashmiri is anti-national and not every Kashmiri is a separatist. They are like you and me. We did it (the abrogation of Article 370) because we wanted to give development rights, political rights and right to dignified living to the people of Jammu and Kashmir," he said.

Madhav said that there are over 200 leaders in preventive detention in the state.

"These preventive detentions are in five-star hotels with good facilities, which is a temporary measure to ensure law and order in the state. 200 people in jail for two months and the entire state is peaceful," he said.

The UTs will come into being on October 31.