Amit Shah said the Modi government addressed the wrongs committed by the previous governments by working in a targeted manner with a well laid-out strategy and micro-level planning. 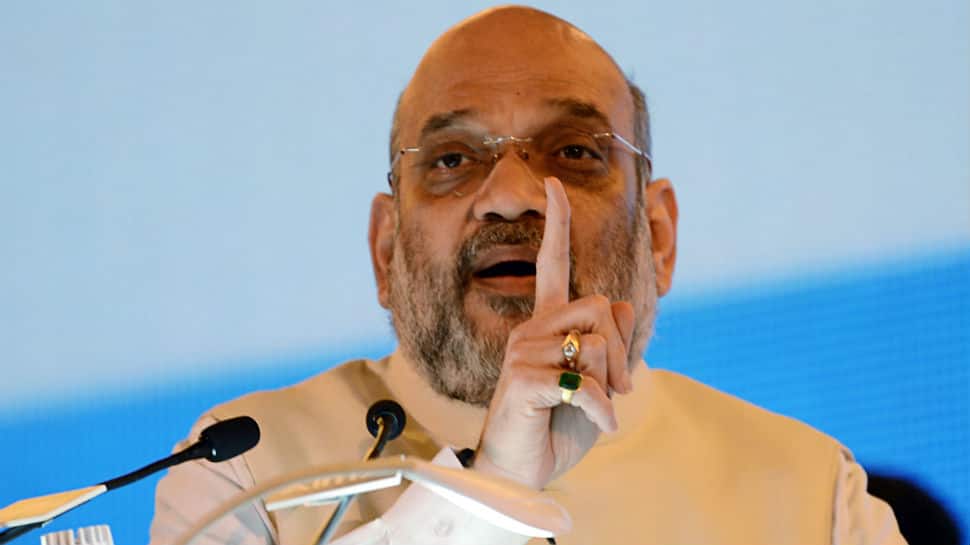 New Delhi: Recalling the years before Prime Minister Narendra Modi led BJP government came to power in 2014 and the way people were disappointed with the previous governments, Home Minister Amit Shah on Tuesday said that there was a question in the minds of people whether multi-party democratic system had failed to fulfill the aspirations of the people due to widespread corruption, policy paralysis and lack of clear vision of the leadership.

He said the Modi government addressed the wrongs committed by the previous governments by working in a targeted manner with a well laid-out strategy and micro-level planning.

Addressing the 46th national management convention of All India Management Association (AIMA) here, he referred to the achievements during first five years of Modi government and gave a background of the condition in which the country was when the BJP came to power in 2014.

Shah said the founding fathers of the country envisioned a multi-party parliamentary democratic system in the country to create a welfare state and give voice to every citizen of the society in the country.

They wanted to create a powerful nation, with empowered citizens, that can provide leadership in the field of global welfare. This is evident in the debates of the Constituent Assembly also, he said.

"But after nearly 70 years of independence, there was a question in the minds of the people whether the vision of the founding fathers had really been realised. Whether the multi-party democratic system had failed to fulfill the aspirations of the citizens of the country?" the minister said.

Shah said that people were absolutely disappointed with the performance of previous governments and took digs at the Congress-led UPA government.

"In the India of 2013, there was widespread corruption. Our borders were not secure and our soldiers were dying every day. There was a total policy paralysis, lack of clear vision of the leadership; the economy was in doldrums; women didn`t feel secure and the youth was disappointed. There was a government where every minister considered himself as the PM, whereas, the PM himself was not considered as the PM," he added.

The BJP chief said that the state of the country was such in 2014 that the common man was clueless as to where the nation is headed and whether the leadership was actually able to steer the country out of this mess.

"In this scenario, the nation gave a resounding majority to Narendra Modi-led government, an absolute majority government for the first time in 30 years," he said.

This government worked in an organised manner with clear targets; did a detailed analysis of the resources, formed a well laid out implementation strategy and did micro-planning on how to correct the wrongs committed by the previous governments. This is how the wheels of development started turning in the country and reached the stage that we see today, he added.Talking more on how the culture of policy paralysis earlier has transformed into a bold decision making one, Shah said that previous governments could take only a few decisions in the last 30 years, Modi government took over 50 big decisions in last five years.

These included the implementation of GST and Insolvency and Bankruptcy Code, opening of Jan Dhan accounts, ending triple talaq, surgical strikes on terrorist camps across the border, one rank one pension, removing Article 370 and 35A.

The minister said that the people who earlier questioned India`s ability to take bold decisions like in the case of GST have now appreciated the government`s decision-making ability as the revenue generation has crossed Rs 1 lakh crore and over 95 lakh taxpayers have been registered under GST.

"I agree there are many teething problems in the initial phases. Which reform doesn`t have teething problems?" Such problems, he said, are being continuously rectified, but it is also true that only those citizens who are ready to bear some initial difficulty, have the right to enjoy the fruits of reforms later.

"We are a government that doesn`t make a decision on vote bank considerations, but on what is in the interest of the people. Only when we compare the state of the country in 2013 and what it is in 2019, we realize the kind of steps taken by the government and the progress made by the country in the last 5 years," Shah said.

"This government is a balanced government where the leaders take bold decisions and the bureaucracy implements it seamlessly. The Modi government has shown in the last 5 years that the government that thinks for the poor can also bring path-breaking and bold reforms," he added.

Shah said that though every Indian feels proud when steps like surgical strikes and airstrikes are taken, it is a fine line that the government has to tread and ensure that nothing goes wrong.

He said the Modi government will not compromise even a bit on national security and only strong leadership can take such bold decisions.

"This is amply evident again in the bold decision of removing Article 370 and 35A to realize a truly integrated and unified India," he said.