A group of political and social leaders including Ladakh BJP MP Jamyang Tsering Namgyal, veteran party leader Thupstan Chhewang on Wednesday (June 23) demanded for a legislature in the union territory of Ladakh and sought protection in land ownership, job reservation etc. which they enjoyed under Article 370 and Article 35A. 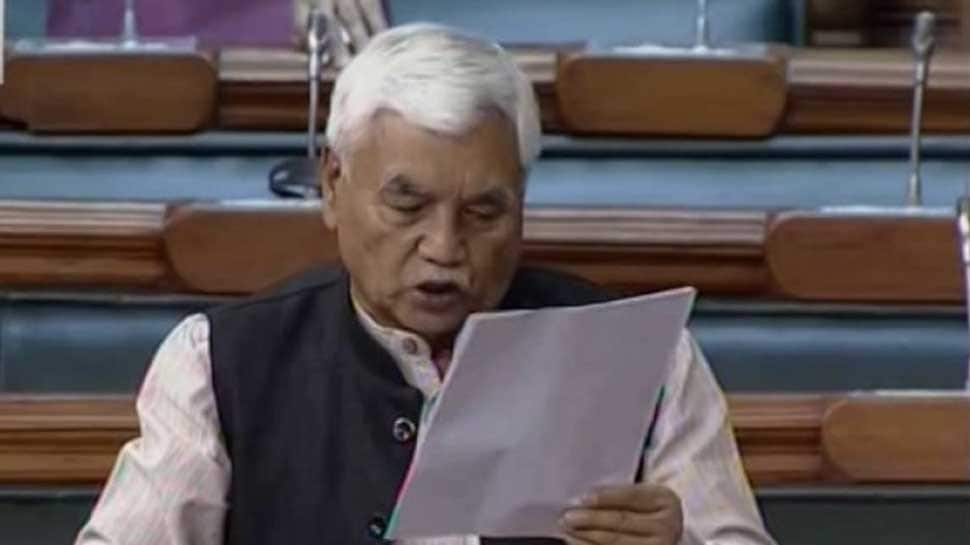 New Delhi: As the Centre is set to hold talks with political leaders of Jammu and Kashmir, the parties in Ladakh, including BJP have expressed concerns over constitutional safeguards for their people.

A group of political and social leaders including BJP's Ladakh MP Jamyang Tsering Namgyal and veteran leader Thupstan Chhewang on Wednesday (June 23) demanded a legislature in the union territory of Ladakh and sought protection in land ownership, job reservation etc. which they enjoyed under Article 370 and Article 35A.

Chhewang said that the aspirations of the Ladakhi people have remained unfulfilled and that the people are apprehensive about their future without the protections guaranteed under Article 370 and Article 35A.

“After Ladakh was carved out from Jammu and Kashmir and given the status of union territory without legislature on August 5, 2019, the people are apprehensive about their future without the protections guaranteed under Article 370 and Article 35A,” Chhewang was quoted as saying by PTI.

Just as the Prime Minister has invited Kashmiri leaders, Chhewang said the issues of Ladakhi people should also be addressed.

“The Prime Minister has invited Kashmiri leaders for talks and some important decision with regard to J&K is expected. Watching the development, we want the pending issues of Ladakh are also addressed as well to dispel the apprehensions of the people of Ladakh in respect of land ownership, job reservation and environmental protection, cultural preservation and other common interests,” he said.

Chhewang, who was flanked by prominent leaders from several parties including Congress, said the grouping was formed last year to press for safeguards under the Sixth Schedule of the Constitution to the union territory and has held two meetings with Union Home Minister Amit Shah in the past.

“After the formation of the UT, the work of the local administration was not up to the mark and after deliberations at the meeting of the apex body, we felt the need that we should have our own legislature to have the right to make laws,” the former MP said.

He said despite the fulfilment of the long-pending demand of the UT status, there is also a need for safeguards like the Sixth Scheduled of the Constitution in the interest of the people of Ladakh, 95 per cent of whom belong to various scheduled tribes.

Chhewang said the Home Ministry has already started negotiations with the group but it has yet to reach the final stage as the Centre is yet to nominate members to the committee headed by Minister of State for Home G K Reddy.

He said the group decided to reach out to the socio-religious and political groups in Kargil and take them on board before finalising its panel under the leadership of Ladakh MP to hold dialogue with the Home Minister in Delhi next month.