PM was addressing the valedictory session of the Combined Commanders Conference organised by the Ministry of Defence at Kevadia, Gujarat 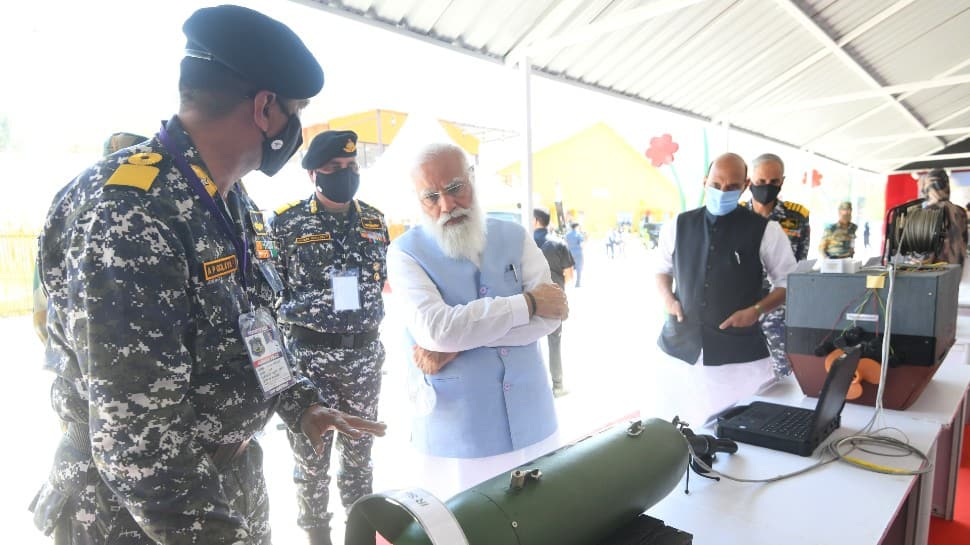 New Delhi: Prime Minister Narendra Modi on Saturday (March 6) expressed appreciation towards the armed forces for their efforts during the challenging situation on the northern border

While addressing the valedictory session of the Combined Commanders Conference organised by the Ministry of Defence at Kevadia, Gujarat, Modi also praised the forces for their service during the COVID-19 pandemic.

He was briefed by the Chief of Defence Staff about the discussions during this year's Conference. He praised the structure and agenda of the Conference.

Speaking to the highest civilian and military leadership of the National defence system, PM Modi conveyed his strong appreciation for the resolute dedication shown by the Indian Armed Forces over the past year.

The prime minister stressed the importance of enhancing indigenisation in the national security system, not just in sourcing equipment and weapons but also in the doctrines, procedures and customs practiced in the armed forces.

He emphasized the need to optimise manpower planning in both military and civilian parts of the National security architecture. He also called for a holistic approach, focused on breaking down civil-military silos and on expediting the speed of decision making. He advised the Services to rid themselves of legacy systems and practices that have outlived their utility and relevance.

Taking note of the rapidly changing technological landscape, Prime Minister highlighted the need to develop the Indian military into a 'future force'.

Prime Minister pointed out that the country would be celebrating 75 years of its independence next year, and called upon the armed forces to use the occasion to undertake activities and initiatives that would inspire the youth of the country.

Objective of judicial system not only to resolve disputes, but also to protect justice, says President Ram Nath Kovind