PM Modi said the emphasis should be on ways to upgrade skills as per the demand. 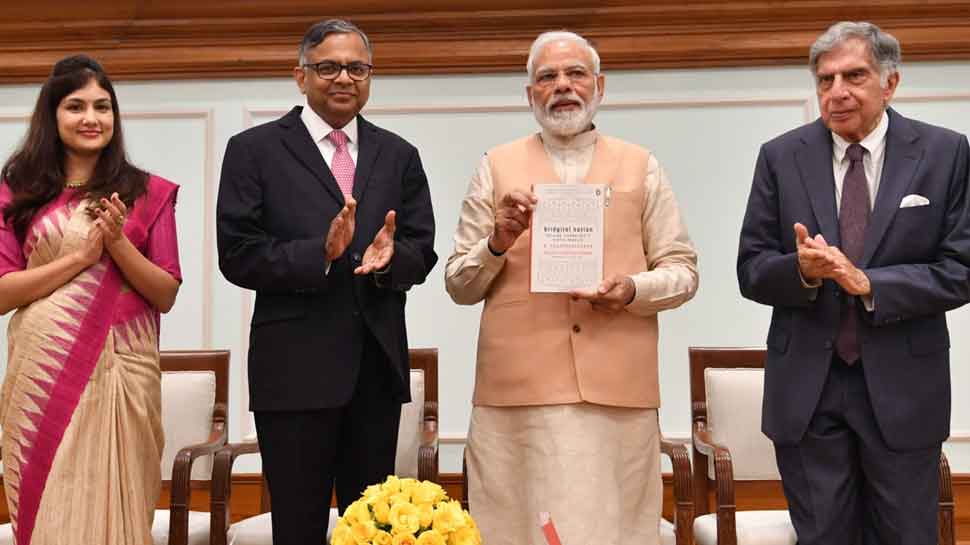 New Delhi: Stressing integration and the right balance between human and artificial intelligence (AI), Prime Minister Narendra Modi here on Sunday said the debate on AI should focus on bridging the gap between human intentions and AI, and not its likely negative impact.

Speaking at the launch of book `Bridgital Nation`, written by N Chandrasekaran and Roopa Purushottam, PM Modi said, "The debate should not be on what are the dangers from AI, but how to bridge the gap between artificial intelligence and human intentions."

He said the emphasis should be on ways to upgrade skills as per the demand. "Let AI be just another aid, which is little more sophisticated," he said.

Observing that there is a conspiracy to present technology as a challenge for India`s demographic dividend, he said, "Human intentions and right intentions" were important for AI`s operations. Technology and talent were force multipliers, rather than a threat, he said. The technology was a bridge between aspirations and achievements, he added.

The Prime Minister narrated how technology had been a key component of government schemes to reform, transform and perform. He mentioned about the use of data intelligence, digital mapping and real-time monitoring in Ujjwala Yojana, which has transformed the lives of millions of women. He also talked about how technology had helped in empowering people through schemes, like Jan Dhan Yojana and Ayushman Bharat.

PM Modi said his government had used technology to remove silos among departments and build a bridge between supply and demand through innovative ideas, like the Government e-market Place (GeM). He explained how technology was used to create a robust startup system in the country, especially in tier 2 and 3 cities, which helped in the development of a new ecosystem of startups.

On the need to convert challenges posed by technology into opportunities, Modi cited the example of the creation of India Post Payment Bank. The disruption caused by technology to the entire postal organisation had converted it into a tech-intensive banking system, benefiting millions through the postal bank, he added.