Prime Minister Narendra Modi on Tuesday (September 22) addressed the meeting of the United Nations General Assembly to commemorate the 75th anniversary of the UN and remarked that the global body faces a "crisis of confidence" without comprehensive reforms. 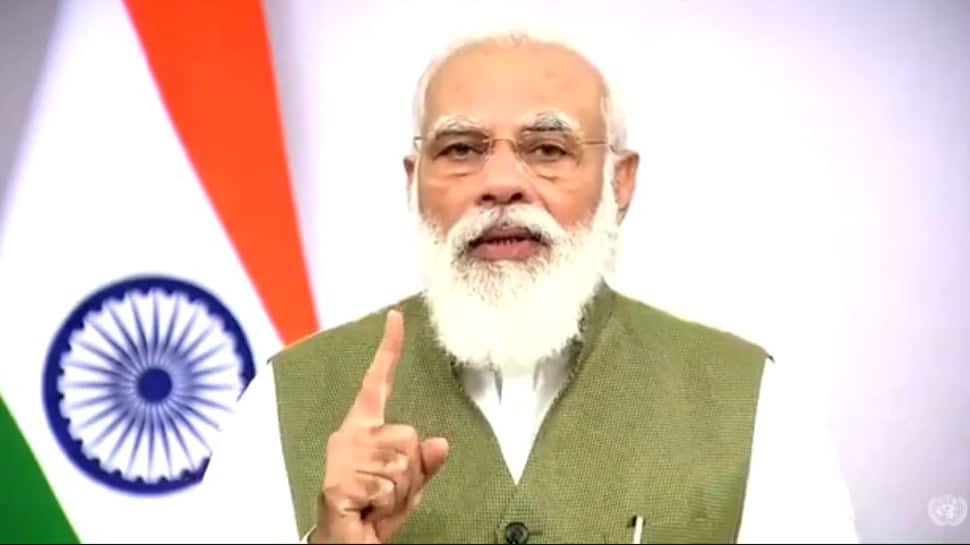 Prime Minister Narendra Modi on Tuesday (September 22) addressed the meeting of the United Nations General Assembly to commemorate the 75th anniversary of the UN and remarked that the global body faces a "crisis of confidence" without comprehensive reforms.

"75 years ago, a new hope arose from the horrors of war. For the first time in human history, an institution was created for entire world. As a founding signatory of UN Charter, India was part of that noble vision. It reflected India’s own philosophy of ‘Vasudhaiva Kutumbakam’, which sees all creation as a family," said PM Modi in his address.

The prime minister noted that the world today is a better place because of the UN and India pays tribute to all those who've advanced the cause of peace & development under UN flag, including in UN peacekeeping missions. He also remarked that India had been a leading contributor to different peacekeeping missions of the UN.

"The Declaration that we are adopting today acknowledges that work still needs to be done in preventing conflict, ensuring development, addressing climate change, reducing inequality and leveraging digital technologies. For today’s interconnected world, we need a reformed ultilateralism that reflects today’s realities, gives voice to all stakeholders, addresses contemporary challenges and focuses on human welfare," he said.

"The Declaration also acknowledges the need for reform of the United Nations itself. We cannot fight today’s challenges with outdated structures. Without comprehensive reforms, the UN faces a crisis of confidence," added PM Modi.

Notably, this year's UNGA is being held via video conferencing as world leaders did not reach New York to attend the high-level meeting due to the coronavirus COVID-19 pandemic.