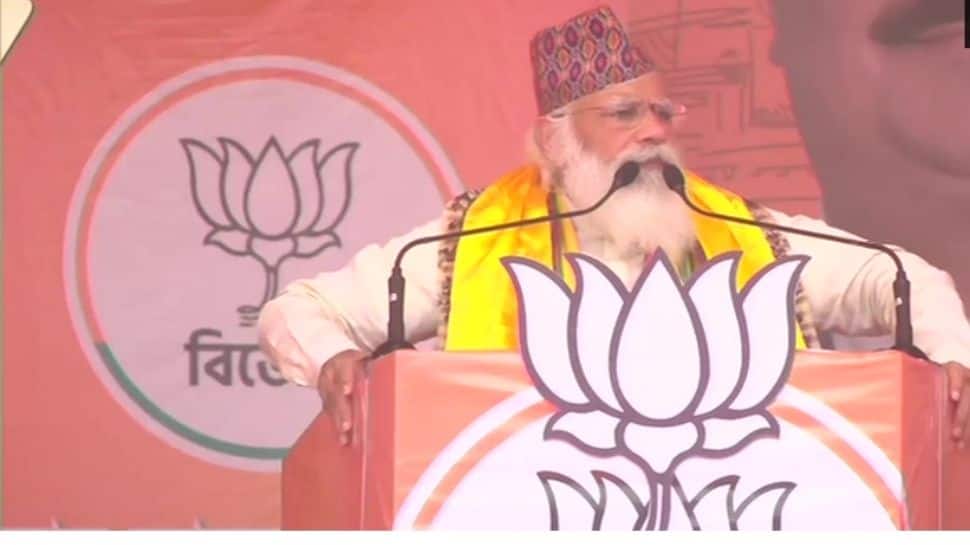 Addressing an election rally in North Bengal, PM Modi accused West Bengal Chief Minister Mamata Banerjee of instigating people against the central forces. He further requested the Election Commission to take stern action against those responsible for the incident and blamed the ruling TMC for perpetrating violence during the polls.

"What happened in Cooch Behar is unfortunate and sad. I extend my condolences to the bereaved families and urge the Election Commission to take stern action against those responsible for the incident,” he was quoted as saying by PTI.

"Mamata Didi and her TMC goons have become jittery because of ground swell of support for BJP," he added.

Four persons were killed after CISF personnel allegedly opened fire after coming under attack from locals, who "attempted to snatch their rifles" in Cooch Behar district, PTI reported.

Meanwhile, CRPF has refuted reports that its troops were responsible for the firing incident in West Bengal's Cooch Behar, ANI reported.

"Regarding recent incident being reported in media about the killing of 4 civilians outside booth 126, Jorpatki in Sitalkuchi Assembly Constituency, Cooch Behar, it's clarified that CRPF component was neither deployed at the said booth nor involved in the incident in any way,'' the CRPF said.