Prime Minister Narendra Modi on Monday evening dedicated the National War Memorial at India Gate to the memory of martyrs who made the supreme sacrifice in the line of duty in independent India. 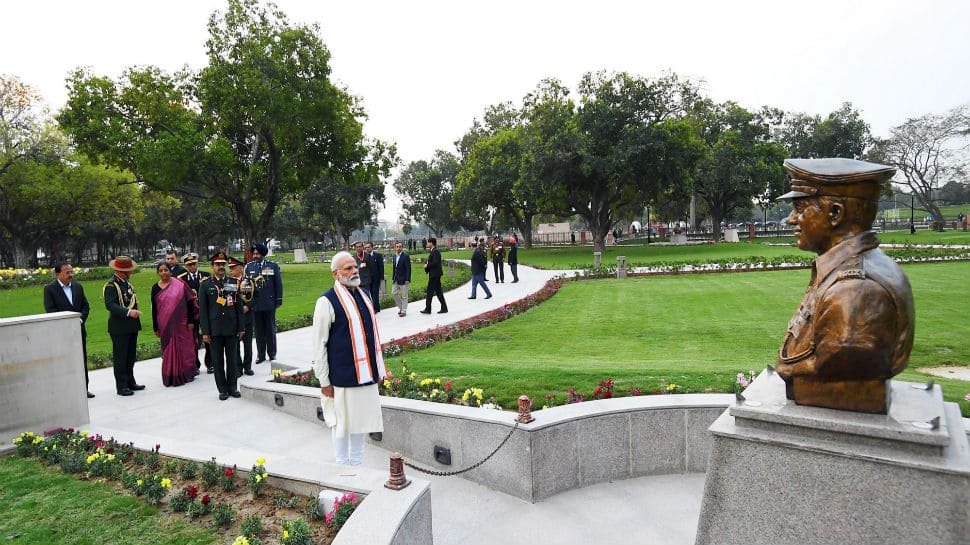 New Delhi: Prime Minister Narendra Modi on Monday evening dedicated the National War Memorial at India Gate to the memory of martyrs who made the supreme sacrifice in the line of duty in independent India.

Spread over 40 acres in the India Gate complex behind the canopy, the National War Memorial is dedicated to soldiers martyred during the Indo-China War in 1962, Indo-Pak Wars in 1947, 1965 and 1971, Indian Peace Keeping Force Operations in Sri Lanka and in the Kargil Conflict in 1999, and also those in the UN peacekeeping missions. The names of 25,942 battle casualties have been inscribed across 16 walls at the national memorial.

Speaking at the National War Memorial, PM Modi said welfare of soldiers is top priority. "This war memorial is dedicated to all the braves of India who laid down their lives in the line of duty. This memorial will inspire the youth in the country. Security forces are at the centre of our approach. Our government is also taking care of the needs of veterans," he said. "The demand for a national war memorial has been there for many decades. In the last decade, there were one or two attempts but nothing concrete could happen. With the help of your blessings, we started the process in 2014."

The National War Memorial can accommodate a footfall of about 250 people at a time. The memorial will be open to visitors gates between 9 am to 7.30 pm in summers and from 9 am to 6.30 pm in winters.