PM Narendra Modi hails Citizenship Act, says those against it can be identified by their clothes

Justifying his government's decision to bring in the Citizenship Law, PM Narendra Modi said his government was committed to providing respect to those people who have faced troubles in the neighbouring countries because of their religious beliefs. 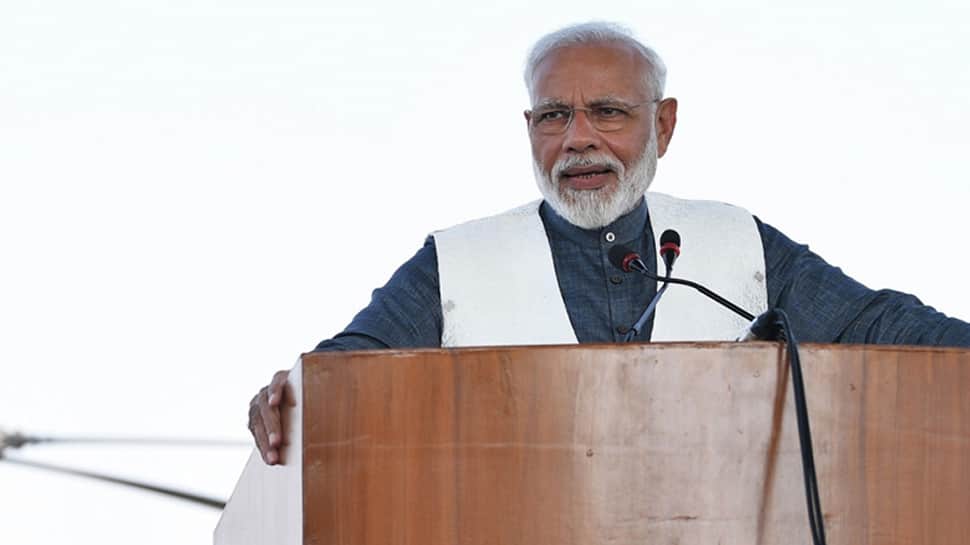 Amid massive protests in Assam and West Bengal over the new Citizenship Act, Prime Minister Narendra Modi on Sunday defended the new law stressing it allows persecuted minorities from Pakistan, Bangladesh and Afghanistan and helps them live a dignified life by becoming an Indian citizen.

Justifying his government's decision to bring in the Citizenship Law, the prime minister said his government was committed to provide respect to those people who have faced troubles in the neighbouring countries because of their religious beliefs.

"To give respect to those (minority communities from Pakistan, Afghanistan, & Bangladesh) who fled to India & were forced to live as refugees, both houses of parliament passed the law (Citizenship Amendment)," he added.

‏Blaming the Congress and its allies for the violence in Assam and other parts of the country, the prime minister said that the Congress and some other parties are creating aruckus because they failed to defeat the BJP in Parliament. He added that the people who are indulged in violent activities can be identified by their clothes itself.

"Congress and their allies are creating a ruckus. They are doing arson because they did not get their way. Those who are creating violence can be identified by their clothes itself," said the prime minister.

"Congress and their allies are giving silent support to incidents of violence over Citizenship Act. These scenes are strengthening country's confidence that Modi, Parliament, & the government have saved the country by bringing the Act," remarked the prime minister.

PM Modi also attacked the Congress for launching protests against the government outside the Indian High Commission in London and said that the Congress is doing what Pakistan does.