PM Modi said this mission will give new energy and new development to India's health facilities. 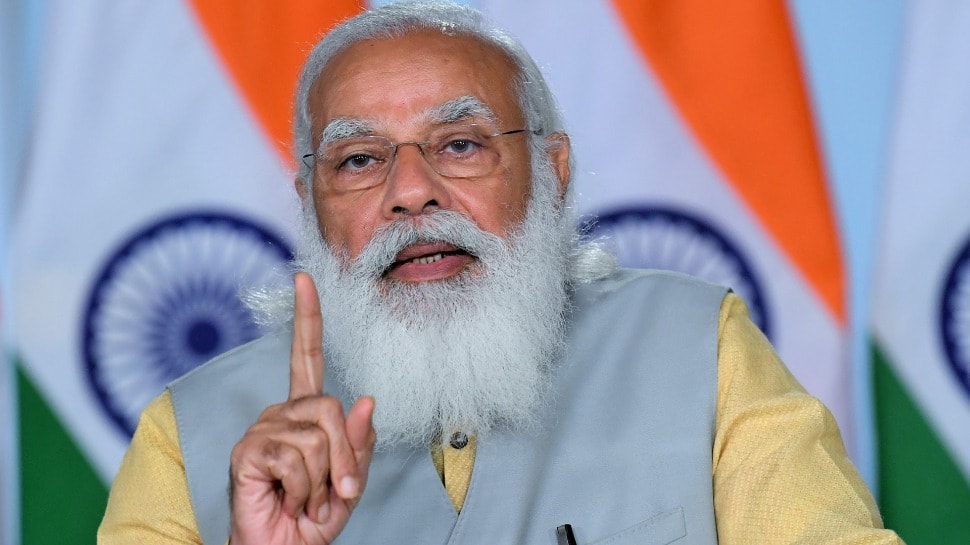 New Delhi: Prime Minister Narendra Modi on Monday (October 25, 2021) launched the Ayushman Bharat Health Infrastructure Mission and said that it will instil India's health sector with 'AatmaVishwas' (self-confidence) and 'AatmaNirbharta' (self-sufficient). While launching one of the largest pan-India schemes for strengthening healthcare infrastructure, from his parliamentary constituency Varanasi in Uttar Pradesh, PM Modi said that this mission will give new energy and new development to India's health facilities.

"In India, we have always believed that investment in health is one of the biggest and best investments. With PM Ayushman Bharat Health Infrastructure Mission, the government is investing in the health and wellness of 1.3 billion Indians," he said.

The Prime Minister stated that the PM Ayushman Bharat Health Infrastructure Mission will strengthen India's ability to fight and contain outbreaks of diseases in the future.

"We all have witnessed the poor healthcare facilities of India, but this mission has the potential of bringing a revolutionary change in health facilities across the country," he added.

PM Modi informed that under this scheme, health and wellness Centers are being opened in villages and cities, where there will facilities for early detection of diseases:

"PM Ayushman Bharat Health Infrastructure Mission will bridge the gaps by opening more diagnostics and consultation centres that can detect diseases before they become serious. We will build critical care hospital blocks in over 600 districts," he said.

He added that the PM Ayushman Bharat Health Infrastructure Mission is one of India's major steps towards holistic healthcare where health and wellness are a priority.

"With the speed at which we are opening new medical colleges, now a child coming from a poor and middle-class background will be able to realise his/her dream of becoming a doctor," the Prime Minister said.

He also inaugurated various development projects worth more than Rs 5,200 crore for his constituency.