Prime Minister Narendra Modi will on Tuesday (March 9, 2021) inaugurate the 'Maitri Setu' between India and Bangladesh - a bridge built over the Feni river. 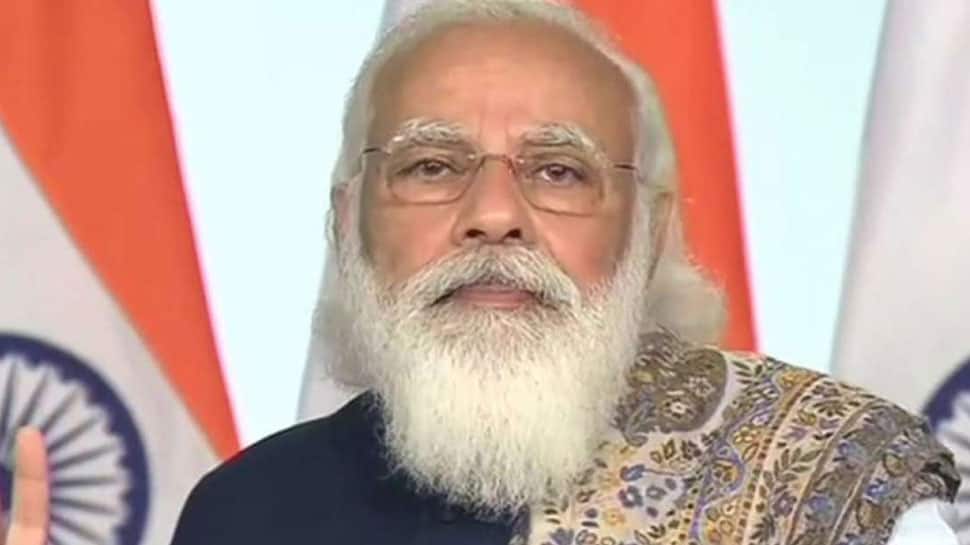 New Delhi: Prime Minister Narendra Modi will on Tuesday (March 9, 2021) inaugurate the 'Maitri Setu' between India and Bangladesh - a bridge built over the Feni river.

According to the Prime Minister's Office (PMO), PM Modi will also inaugurate and lay the foundation stone of multiple infrastructure projects in Tripura during the event.

The name ‘Maitri Setu' symbolizes growing bilateral relations and friendly ties between India and Bangladesh, the PMO said. The construction was taken up by the National Highways and Infrastructure Development Corporation Ltd at a project cost of Rs 133 crore, it said.

The 1.9 km long bridge joins Sabroom in India with Ramgarh in Bangladesh. It is poised to herald a new chapter for trade and people to people movement between India and Bangladesh, the PMO said.

With this inauguration, Tripura is set to become the ‘Gateway of North East' with access to Chittagong Port of Bangladesh, which is just 80 km from Sabroom, it said. Prime Minister Modi will also lay the foundation stone for setting up an Integrated Check Post at Sabroom.

It will help ease the movement of goods and passengers between the two countries, provide new market opportunities for products of North-East states and assist seamless movement of passengers to and from India and Bangladesh, the PMO said.

The project is being taken up by the Land Ports Authority of India at an estimated cost of about Rs 232 crore, the statement said. The Prime Minister will also lay the foundation stone of National Highway (NH)-208 connecting the Unakoti district headquarters at Kailashahar with the Khowai district headquarters.

It will provide an alternative route to the NH-44. The 80 km NH-208 project has been taken up by the National Highways and Infrastructure Development Corporation Limited at a cost of Rs 1,078 Crores.

Prime Minister Modi will also inaugurate state highways and other district roads, developed by the state government with a financial outlay of Rs 63.75 crore, the statement said.

They will provide all-weather connectivity to the people of Tripura, it said. PM Modi will also inaugurate 40,978 houses constructed under the Pradhan Mantri Awas Yojana (Urban), completed with the financial outlay of Rs 813 Crores.

He will inaugurate the Integrated Command and Control Centre built under Agartala Smart City Mission, according to the statement. Prime Minister Modi will also lay the foundation stone for the development of a Multi-Level Car Parking and Commercial Complex at the Old Motor Stand. It will be developed at an investment of about Rs 200 crore.

He will also lay the foundation stone for the widening of the existing road from Lichubagan to the airport from two lanes to four lanes. The work is being implemented by the Agartala Smart City Mission at a project cost of about Rs 96 crores, the statement said.

Iran denies links to blast near Israel Embassy in Delhi