Prime Minister Narendra Modi will visit Tamil Nadu and Puducherry on Thursday to inaugurate and lay the foundation stone of various development initiatives. The Prime Minister will also dedicate to the nation the 709 MW Solar Power Project of NLCIL, established over an area of about 2670 acres of land across the districts of Tirunelveli, Tuticorin, Ramanathapuram and Virudhunagar. 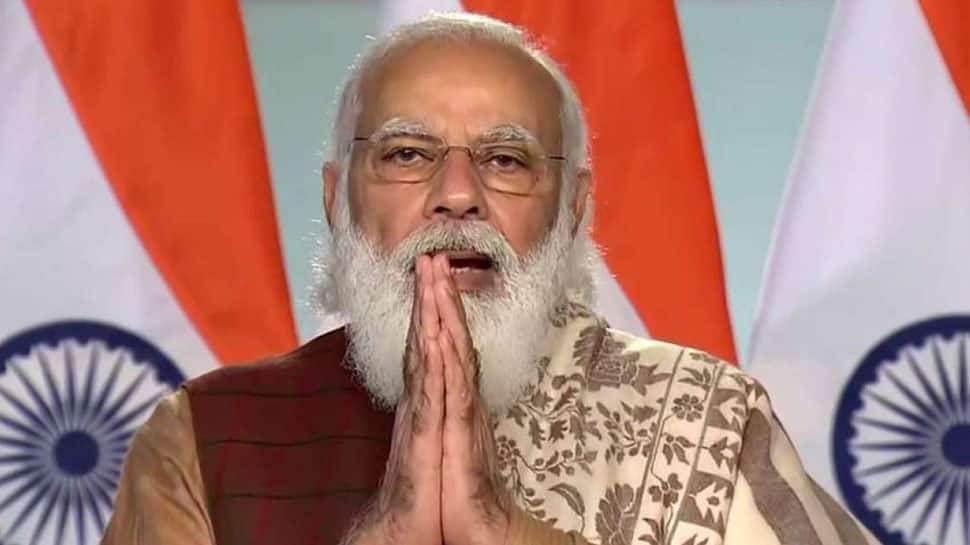 India is proud of Tamil Nadu’s contribution to national progress. The vibrant Tamil culture is popular globally. Central Government is honoured to be working for TN’s growth. Will be in Coimbatore tomorrow to inaugurate various projects. https://t.co/KNLUrFg9mE

The capital cost to be incurred in this project is about Rs 2,426 crores. He will also lay the foundation stone of the Medical College Building at Karaikal New Campus - Phase I, Karaikal District (JIPMER). The estimated cost of the project is Rs 491 crore.

The Prime Minister will lay the foundation stone for the development of Minor Port at Puducherry under Sagarmala Scheme. He will inaugurate the Blood Centre at Jawaharlal Institute of Postgraduate Medical Education and Research (JIPMER), Puducherry, which will function as a research laboratory and a training centre for the short- term and continuous blood bank personnel training in all aspects of transfusion.

The school education department has announced a holiday for government and private schools as traffic in the city has been diverted due to the Prime Minister’s visit. In Tamil Nadu at around 4 PM, he will dedicate to the nation the Neyveli New Thermal Power Project.

"It is a lignite-based power plant designed for power generation capacity of 1000 MW and has two units of 500 MW capacity each. Built at a cost of about Rs 8000 crore, the pit head power plant will utilise lignite as fuel from the existing mines of Neyveli, which have sufficient lignite reserves for meeting the lifetime requirement of the project. The Plant has been designed for 100 per cent Ash utilization. The power generated would benefit Tamil Nadu, Kerala, Karnataka, Andhra Pradesh, Telangana and Puducherry, with Tamil Nadu having a major share of about 65 per cent," a release said.

The Prime Minister will also dedicate to the nation the 709 MW Solar Power Project of NLCIL, established over an area of about 2670 acres of land across the districts of Tirunelveli, Tuticorin, Ramanathapuram and Virudhunagar.

I would be in Puducherry tomorrow, 25th February to inaugurate development works relating to infrastructure, ports, healthcare and sports. https://t.co/KNLUrFg9mE

He will lay the foundation stone for the design, supply, installation and commissioning of a 5MW grid-connected ground-based solar power plant at V.O.Chidambaranar Port. He will inaugurate the tenements constructed under the Pradhan Mantri Awas Yojana (Urban) scheme.PM Modi will lay the foundation stone for the development of Integrated Command and Control Centers (ICCC) in nine Smart Cities including Coimbatore, Madurai, Salem, Thanjavur, Vellore, Tiruchirappalli, Tiruppur, Tirunelveli and Thoothukudi.