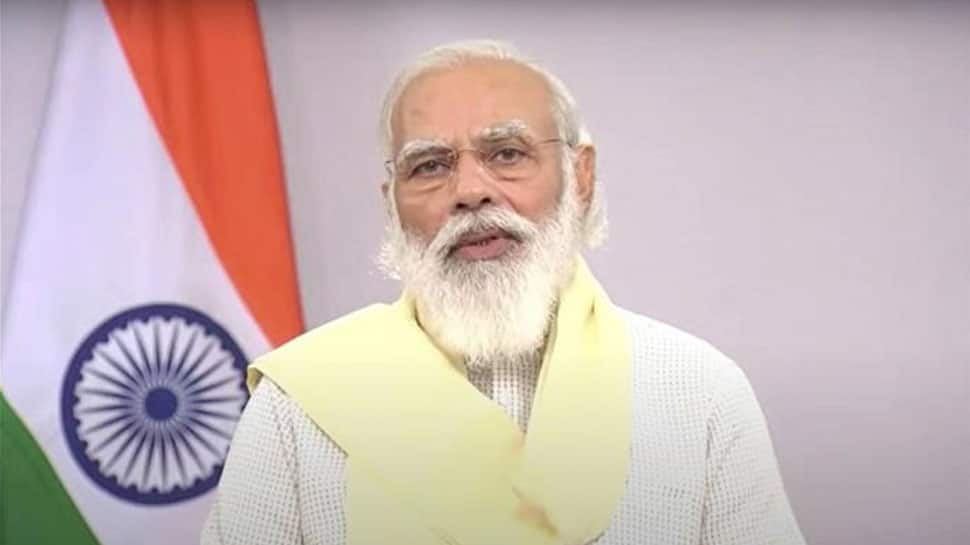 UP Chief Minister Adityanath reached Gorakhpur on Monday evening and took stock of the preparations for Prime Minister Modi's visit here on Tuesday. The Prime Minister will inaugurate on Tuesday the three ambitious projects worth over Rs 9,600 crore.

During the inspection of the fertilizer plant, Adityanath said Prime Minister PM Modi's regime has been historic for the growth of Uttar Pradesh and, accordingly, the inaugural program of the plant and the AIIMS should be a grand one.

Adityanath reached the fertilizer plant at around 5 pm and asked officials to take full care of the PM's safety and security besides that of the common man.

The fertiliser plant worth Rs 8,603 crore will produce 12.7 lakh metric tons of neem-coated urea per year, said officials, adding the project will not only bring prosperity to farmers' lives but also create 20,000 direct and indirect employment opportunities for youths.

The Gorakhpur AIIMS, built for Rs 1,011 crore, will benefit not only the people of eastern UP but also a huge population of Bihar, Jharkhand and Nepal with its world-class health facilities, they added.

Electric buses too will start operating in Gorakhpur from Tuesday, they said, adding that they had been waiting in the Nausad bus station premises for their inaugural run since October 28. Chief Minister Adityanath had flagged off electric buses in Lucknow on October 5 and 15 such buses had reached Gorakhpur on October 28.

DNA Exclusive: Omicron could cause third wave, COVID-appropriate behaviour need of the hour