Amit Shah was addressing an election rally in Maharashtra's Buldhana when he made the remarks. 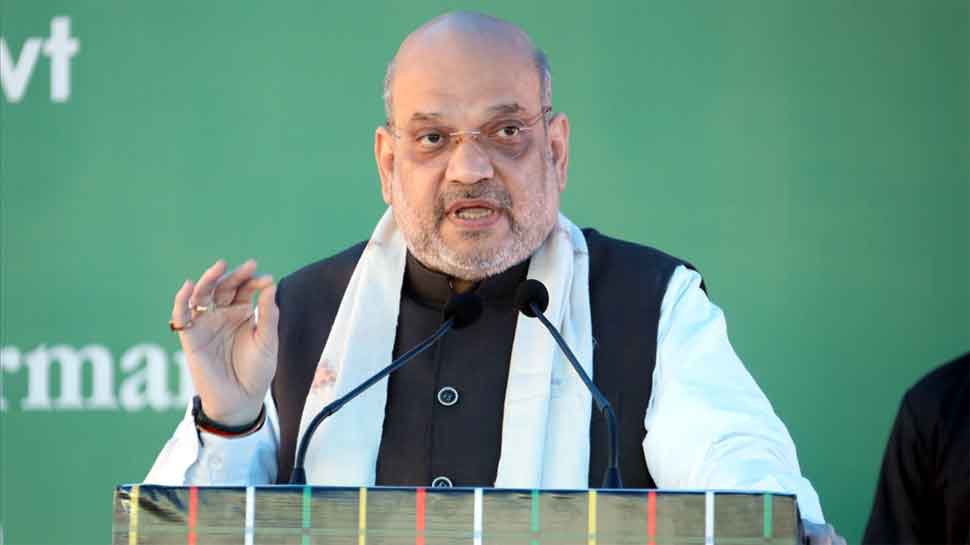 New Delhi: Union Home Minister Amit Shah on Friday said that Prime Minister Narendra Modi has told United States President Donald Trump that Kashmir is an internal matter of India and he need not interfere in it.

"This has been our consistent stand for years that we will not tolerate any kind of interference in Kashmir. If any country tried to speak on Kashmir, we said that it is our internal matter, be it American President or anyone else. Prime Minister Narendra Modi said clearly that Kashmir is our internal matter and you need not interfere," Amit Shah said today.

Addressing an election rally in Mahrashtra's Buldhana today, Shah asked NCP and Congress to clear their stand on the abrogation of Article 370. "Why did you not support PM Modi on the initiative? Is politics more important for them than the nation?" he asked.

He termed the developments in Jammu and Kashmir as significant for Maharashtra, he said that thousands were killed by terrorists there, but the Congress-NCP opposed the abrogation of Article 370.

Shah also quoted senior Congress Ghulam Nabi Azad in his speech saying, "Azad said in Parliament that river of blood would flow in Kashmir if Article 370 is repealed. But I would like to share with you that not even a drop of blood was flown after Article 370 was revoked."

The ruling party chief alleged that the rule of Congress and NCP in Maharashtra was marked by corruption and the 'double engine' of Prime Minister Narendra Modi and Chief Minister Devendra Fadnavis has worked for the progress for the state in the past five years. He also said Maharashtra was the top-ranked state in industry, farming, and irrigation after Independence but had gone down during the rule of Congress and NCP.

"They have misused the Rs 72,000 crore allotted for irrigation. In the last five years, the BJP government has supplied water to 20,000 villages at just Rs 9,000 crore," he said.

Gold worth Rs 29.03 lakh seized from passenger travelling from Doha