PM Narendra Modi and Arun Jaitley had shared a great bonhomie and comradeship since after Emergency and became key members of the Bharatiya Janata Party in the times that followed. 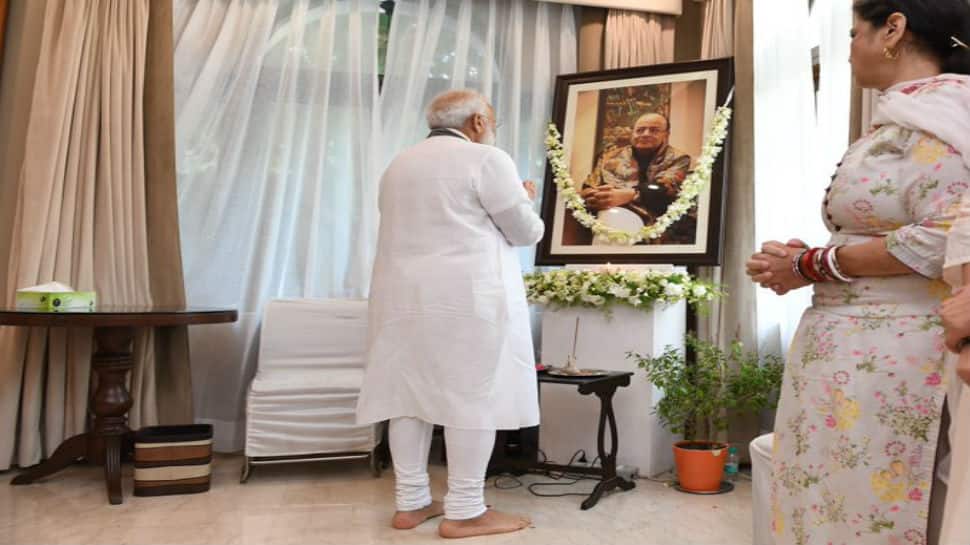 This photo was tweeted by @narendramodi
Share:
Written By:

He stood in silence in front of a portrait of a man who for years had been his colleague and a close confidante. In what was a sombre moment for Narendra Modi, the PM paid his respects to Arun Jaitley who died at age 66 last Saturday.

PM Modi, who was on a three-nation tour and could not attend the last rites of Jaitley, reached the residence of the late BJP leader and met with his wife and daughter. Recalling cherished memories he had shared with Jaitley over an association spanning several decades, PM Modi later took to Twitter to hail the former finance minister. "Destiny took Arun Ji away from us too soon but the good work he has done for India will remain immortal," he wrote.

PM Modi and Jaitley had shared a great bonhomie and comradeship since after Emergency and became key members of the Bharatiya Janata Party in the times that followed. Naturally then, Jaitley became one of the most important ministers in the PM Modi government between 2014 and 2019. He was appointed as the finance minister in the first Modi cabinet and then given the additional charge of defence.

Jaitley had opted out of contesting 2019 Lok Sabha election citing poor health. His health remained delicate for most parts of 2019 and he was put on life support earlier in August. He died on Saturday, leaving behind a massive vacuum in Indian politics and leaving PM Modi without his cherished friend.