This will be the first face-to-face meeting between the two leaders after their rendezvous on the sidelines of the BRICS Summit in Brasilia in 2019. 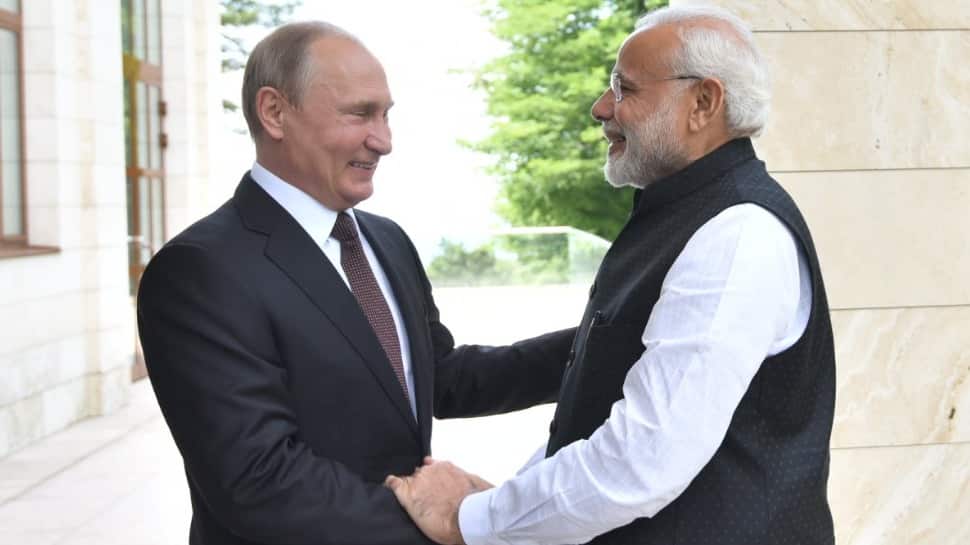 This is the first face-to-face meeting between the two leaders after their rendezvous on the side-lines of the BRICS Summit in Brasilia in November 2019.

Had an excellent meeting with President Putin. During our talks, we reviewed the full range of India-Russia relations. India and Russia are cooperating extensively in areas such as trade, security and culture. The people of our nations will benefit due to close bilateral ties. pic.twitter.com/2AuJ5bl8Uj

During the meeting which is likely to take place at 5:30 pm at the Hyderabad House in the national capital, the two leaders will review the state and prospects of bilateral relations and discuss ways to further strengthen the strategic partnership between the two countries.

The Summit is also likely to see Modi and Putin exchange views on regional, multilateral and international issues of mutual interest.

"The visit is in continuation of the tradition of Annual Summits alternately in India and Russia. The visit will provide further impetus to the India-Russia Special and Privileged Strategic Partnership," New Delhi had said while officially announcing Putin's visit to the country.

The last India-Russia Annual Summit was held in September 2019 during the visit of Prime Minister Narendra Modi to Vladivostok (Russia). The Annual Summit in 2020 could not take place due to the COVID-19 pandemic situation.

A landmark occasion in the history of a landmark friendship!
Delighted to be participating in the 20th India-Russia Annual Summit.

Reviewed the full range of India-Russia relations during the extensive meeting with President Putin. Our talks will add strength to bilateral ties. pic.twitter.com/3Ud6G3iAH8

Deeply touched by President Putin’s gracious gesture to accompany me to Zvezda shipyard, which is poised to make a huge contribution to development of Arctic shipping. pic.twitter.com/vyUENhl0QL

Putin's trip to India will mark his second international trip after the onset of the COVID-19 pandemic and comes amid the emergence of a new Omicron variant which has affected the schedule of several bilateral and international summits.

Meanwhile, Russian Foreign Minister Sergey Lavrov arrived in New Delhi on Sunday ahead of the inaugural meeting of the 2 + 2 dialogue mechanism at the level of the foreign and defence ministers.

He will meet External Affairs Minister Dr. S Jaishankar and take part in the 2+2 Ministerial Dialogue between India and Russia pic.twitter.com/oMpQCbIAuV

India's Ministry of External Affairs (MEA) spokesperson Arindam Bagchi had confirmed last month that the agenda for the dialogue will cover political and defence issues of mutual interest.

"The establishment of this new mechanism of two plus two dialogue is expected to further strengthen the strategic partnership between the two countries," he had said.