The meeting was the latest in a series of periodic reviews at various levels by the Prime Minister’s Office to monitor the ongoing efforts to counter the impact of the pandemic. 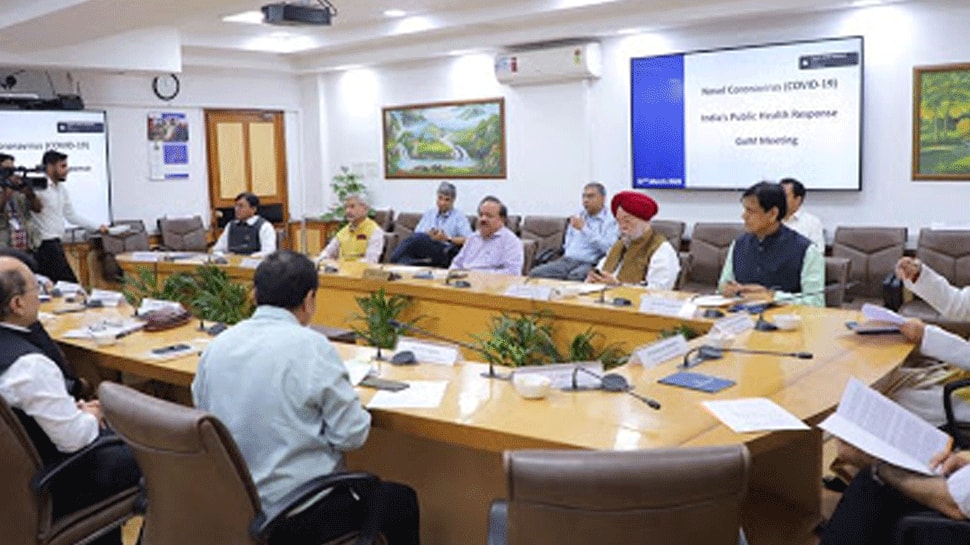 The meeting of the Empowered Groups of Officers, to tackle the challenges emerging as a result of the spread of COVID-19, was held under the chairmanship of Principal Secretary to Prime Minister, a government release said.

The meeting was the latest in a series of periodic reviews at various levels by the Prime Minister’s Office to monitor the ongoing efforts to counter the impact of the pandemic.

During the meeting, Principal Secretary reviewed the efforts undertaken by the Empowered Groups.

The issues related to supply chain and logistics management for availability of necessary items, efforts undertaken for the benefit of stakeholders involved, steps to assist farmers harvest their produce while maintaining social distancing, further confidence building measures necessary and need to ensure percolation of guidelines of the Ministry of Home Affairs to the ground level were discussed.

The gathering reviewed and expressed satisfaction on the detailed testing protocol and procedure, under which (as on date) 1,45,916 samples have been tested.

‘’It was informed that all Chief Secretaries of States were issued instructions to arrange for shelter for the vulnerable groups like migrants and homeless. Also, Centre is in constant touch with States and District level monitoring is being undertaken. The production of PPEs is being ramped up and  capacity building for healthcare personnel is being ensured. NGOs and Civil Society groups are also being mobilized. Principal Secretary suggested that coordination with NGOs at district level be done to avoid overlaps and ensure efficacious utilization of resources,’’ the PIB release said.

The progress of roll out of welfare measures through the economic relief package under PM Garib Kalyan Yojana was also reviewed during the meeting. Principal Secretary underlined that data sanctity was important to ensure that the benefits reach out to all the intended beneficiaries.

Steps taken to ensure timely information dissemination throughout the country were discussed and ensuring last mile outreach through communication in regional languages was emphasized. On the technology and data management front, while expressing satisfaction on the roll out of AarogyaSetu app, it was felt that the user engagement with the app needs to be enhanced, it added.

The meeting was attended by senior officials of Prime Minister’s Office and other Ministries under the Government of India.