Arvind Kejriwal says both Rahul and Priyanka Gandhi do not visit states like Rajasthan and MP where there is a direct Congress vs BJP battle at hand. 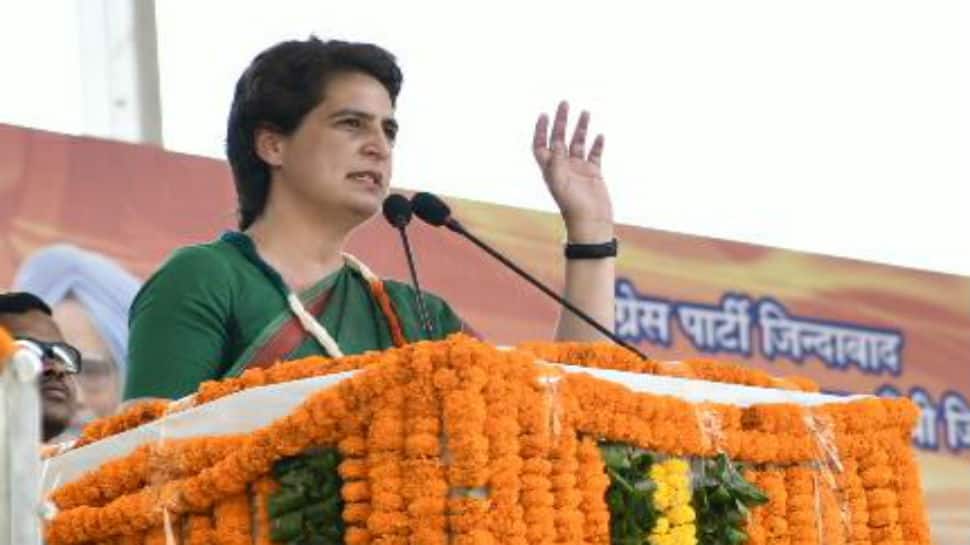 New Delhi: Accusing Congress of shying away from a direct fight against the Bharatiya Janata Party (BJP), Arvind Kejriwal on Wednesday said that Priyanka Gandhi Vadra is wasting her time by campaigning in Delhi.

The electoral heat has peaked in Delhi with all seven constituencies here going to vote on Sunday. Aam Aadmi Party, Congress and BJP are locked in a three-way battle for supremacy here but Kejriwal said that Congress is avoiding a direct confrontation against BJP. "Priyanka is wasting her time here. Why does she not campaign in Rajasthan and Madhya Pradesh? She is doing rallies in UP against SP-BSP, she is doing rallies in Delhi against AAP. Both the brother and sister (Rahul and Priyanka) are not going to places where there is a direct fight with BJP," the AAP chief and Delhi CM said.

While Kejriwal previously said that he is determined to bring down BJP and Narendra Modi, he has also bared fangs at Congress in recent weeks. This after talks of an alliance between AAP and Congress broke down over seat-sharing arrangement. Since, Kejriwal and Rahul have traded charges and blamed each other for the talks collapsing. Kejriwal has even gone to the extent of accusing Rahul of helping BJP by splitting anti-Modi votes in UP and other states.

AAP has made full statehood for Delhi as its main battle cry in Lok Sabha election 2019. The party has repeatedly pointed fingers at BJP, accusing it of creating roadblocks. When Kejriwal was recently attacked by a person during a rally, he went on to say that the incident was planned at the BJP offie. He has also been almost as hard on Congress, often saying it is helping BJP. All his accusations, however, are vehemently denied by both BJP and Congress.