'Priyanka, Salamat not Hindu-Muslim for us': Big verdict by Allahabad HC

Allahabad High Court on Tuesday (November 24) cancelled an FIR filed against a Muslim man by the parents of his wife. 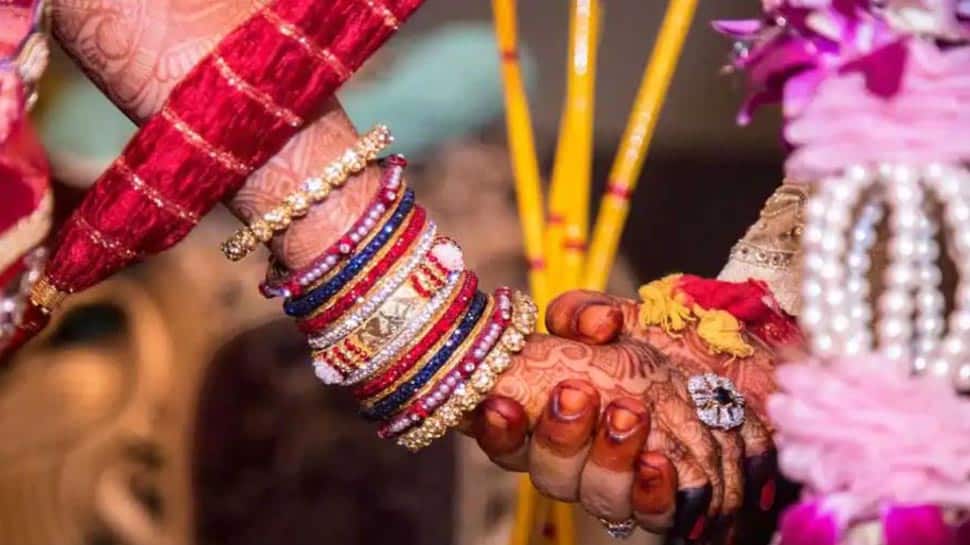 Amid the growing debate over inter-religious marriages, Allahabad High Court on Tuesday (November 24) cancelled an FIR filed against a Muslim man by the parents of his wife. It is to be noted that girl had converted to Islam after marrying the man identified as Salamat Ansari.

"Interference in a personal relationship would constitute a serious encroachment into the right to freedom of choice of the two individuals," the court observed.

"We do not see Priyanka Kharwar and Salamat Ansari as Hindu and Muslim, rather as two grown-up individuals who - out of their own free will and choice - are living together peacefully and happily over a year. The Courts and the Constitutional Courts in particular are enjoined to uphold the life and liberty of an individual guaranteed under Article 21 of the Constitution of India," said a two-judge bench.

Salamat, who hails from Kushinagar in Uttar Pradesh, married Priyanka Kharwar against her parents' wishes in August 2019. Before the marriage, Priyanka converted to Islam and changed her name to "Alia".

Also read: SC grants woman's wish, allows her to go to parents instead of husband's home

Priyanka's parents then filed an FIR against Salamat, accusing him of crimes like "kidnapping" and "abduction to compel a marriage". Priyanka's parents also included the stringent POCSO Act (Protection of Children from Sexual Offences Act) in their complaint, claiming that Priyanka was a minor when she married.

"The right to live with a person of his/her choice irrespective of religion professed by them, is intrinsic to right to life and personal liberty," the High Court said in its order, rejecting the arguments of both Priyanka's parents as well as the Uttar Pradesh government.

Challenging the FIR, Salamat and Priyanka had claimed it was "prompted by malice and mischief only with a view to bring an end to marital ties, and that no offences are made out."

During the hearing, the Allahabad High Court also said that the woman was an adult at the time of marriage.

Invoking the constitution, the two-bench court observed: "We fail to understand that if the law permits two persons even of the same sex to live together peacefully then neither any individual nor a family nor even state can have objection to relationship of two major individuals who out of their own free will are living together. Decision of an individual who is of the age of majority, to live with an individual of his/her choice is strictly a right of an individual and when this right is infringed it would constitute breach of his/her fundamental right to life and personal liberty as it includes right to freedom of choice, to choose a partner and right to live with dignity as enshrined in Article 21 of the Constitution of India."

The court also clarified it was not commenting on the "the validity of alleged marriage/ conversion," but was cancelling the case as no offences were proved and "two grown up individuals are before us, living together for over a year of their own free will and choice."