Today’s talks come a day after Bhartiya Kisan Union national president Bhupinder Singh Mann recused himself from the four-member committee appointed by the Supreme Court to resolve the deadlock between farmers and the Centre over the new agri-marketing laws. 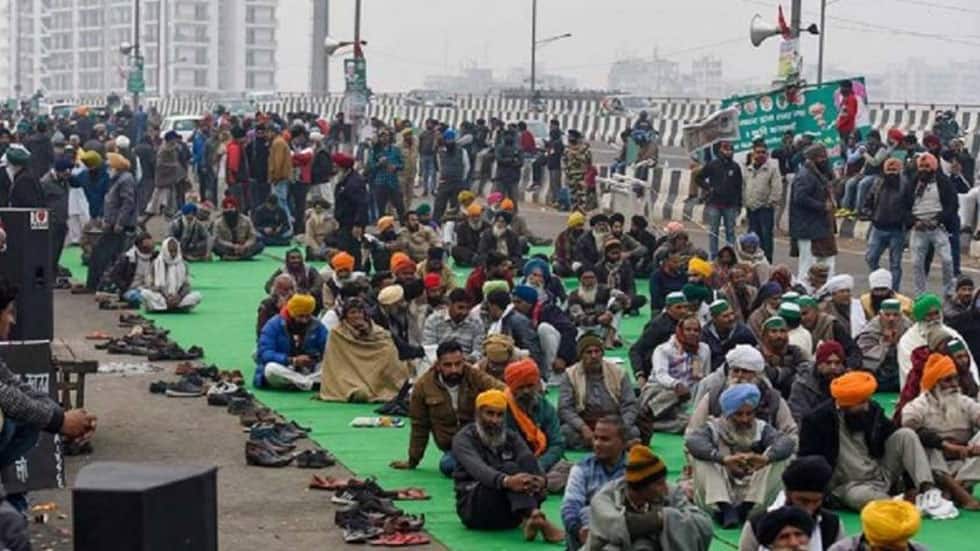 New Delhi: Farmer union leaders will hold the 9th round of talks with the Centre on Friday (January 15, 2021) hoping for an early resolution of all concerning the farmers, who had been protesting against Centre’s three farm laws for nearly two months now.

Krantikari Kisan Union chief Darshan Pal had on Thursday confirmed that they will take part in the scheduled meeting with the central government on Friday concerning their demands on new farm laws.

He said they will decide on their next course of action on the government`s response. "We will go to tomorrow's meeting with the government. One committee member has already resigned which is a good thing," Pal said.

Union Agriculture Minister Narendra Singh Tomar has said that the Centre is looking forward to positive discussions with the farmers. Tomar said the government is ready to hold discussions with farmer unions leaders with an open mind.

Today’s talks come a day after Bhartiya Kisan Union national president Bhupinder Singh Mann recused himself from the four-member committee appointed by the Supreme Court to resolve the deadlock between farmers and the Centre over the new agri-marketing laws. In this backdrop, Tomar said the talks between the government and the farmer union representatives will take place as scheduled on January 15 at the Vigyan Bhavan.

The 4-member committee was asked to submit its report to the Supreme Court within two months of its first sitting, which is to take place within 10 days. Meanwhile, Bharatiya Kisan Union has sought support from the members of the committee appointed by the Supreme Court to resolve farm laws deadlock.

A BKU leader said that the panel members should follow the suit of Bhupinder Singh Mann and not be on the "wrong side of history". Mann, the national president of Bharatiya Kisan Union, on Thursday expressed gratitude over his nomination into the four-member committee but recused himself saying he would give up any position to prevent farmers' interests from being compromised.

"Mann's decision is a welcome move. The other three members of the panel, who have shown pro-new farm laws stance should also follow Mann's suit. This ongoing agitation for rollback of the three agri laws is history in the making, and we urge they should not be on the wrong side of history," Bharatiya Kisan Union (Lok Shakti) spokesperson Shailesh Kumar Giri said.

So far, eight rounds of talks have been held between the protesting farmers and government over their demand for the repeal of new farm laws. The Supreme Court had on Tuesday stayed the implementation of three farms laws until further orders and formed a four-member committee.

Farmers have been protesting on the different borders of the national capital since November 26 against the three newly enacted farm laws - Farmers` Produce Trade and Commerce (Promotion and Facilitation) Act, 2020; the Farmers Empowerment and Protection) Agreement on Price Assurance and farm Services Act 2020 and the Essential Commodities (Amendment) Act, 2020.