CRPF also tweeted and paid tribute to the martyrs who sacrificed their lives for the nation. Check names of 40 CRPF martyrs here. 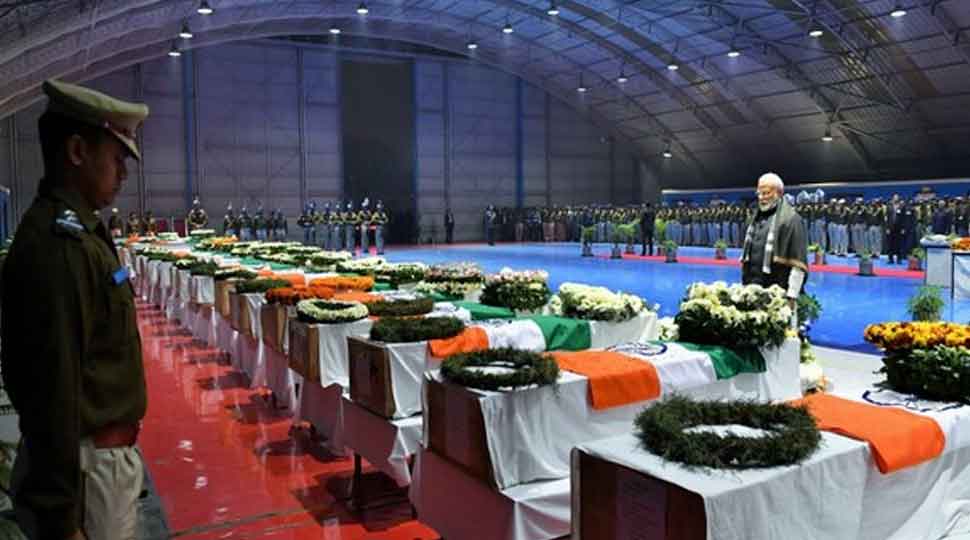 NEW DELHI: On Friday (February 14, 2020), the first anniversary of Pulwama terror attack, an indebted nation is paying homage to 40 brave Central Reserve Police Force (CRPF) jawans, who lost their lives in one of the worst terror attacks in two decades in the erstwhile Jammu and Kashmir on this day - February 14, 2019 - for their valour and supreme sacrifice in the line of duty.

A number of events will be organised throughout the day to pay homage to the CRPF bravehearts across the country. To mark the occasion, the CRPF will dedicate a memorial to 40 brave CRPF personnel who were killed in the Pulwama terror attack in February last year at the Lethpora camp.

CRPF also tweeted and paid tribute to the martyrs who sacrificed their lives for the nation.

WE DID NOT FORGET, WE DID NOT FORGIVE: We salute our brothers who sacrificed their lives in the service of the nation in Pulwama. Indebted, we stand with the families of our valiant martyrs. pic.twitter.com/GfzzLuTl7R

Here is the complete list of the martyred CRPF jawans:

A CRPF convoy of 70 vehicles was targeted by an explosives-laden SUV that was being driven by a Jaish-e-Mohammad suicide bomber, who was later identified as Adil Ahmad Dar. The vehicle rammed into one of the CRPF buses, killing 40 personnel onboard. Almost all the conspirators behind the dastardly attack have since been killed with the last one being Qari Yasir, the self-styled chief of Jaish-e-Mohammad terror group, who was killed last month.

The Pulwama terror attack was condemned by PM Narendra Modi in very strongest terms. PM Modi then said that the terrorists had committed a huge mistake and they will pay for it. 13 days later, India avenged the Pulwama attack by bombarding the Jaish terror camps located in Pakistan's Balakot, reportedly killing between 200-300 terrorists.