Within 3 days of the Motorcycle Blast in Jalalabad, the Punjab Police cracked the case and arrested the accused, Parveen Kumar, a native of Fazilka district's Dharmupura village. 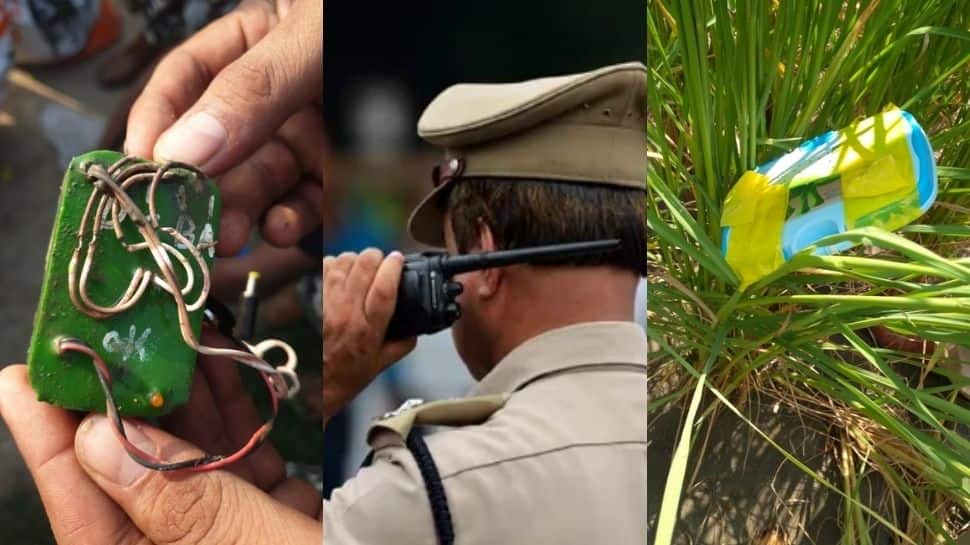 New Delhi: The Punjab Police on Saturday (September 18, 2021) described the Jalalabad motorcycle blast as an "act of terror" and said it has arrested one person in connection with the case.

Within 3 days of the Motorcycle Blast in Jalalabad, the Punjab Police cracked the case and arrested the accused, Parveen Kumar, a native of Fazilka district's Dharmupura village, which is just three kilometres away from the India-Pakistan border.

The police also said that a tiffin bomb was also recovered, following an intel by a farmer, which was hidden in the field by the accused. The bomb along with some other materials was found by the National Investigation Agency (NIA) and the National Security Guard (NSG) in the fields near the Nanak Pura falling under the Jalalabad sub-division.

Meanwhile, a 22-year-old man, Balwinder Singh, was killed after the fuel tank of his motorcycle exploded in Fazilka's Jalalabad on September 15. The investigation by Punjab police revealed Kumar's role in hatching a conspiracy to blow up the motorcycle in a crowded area.

ALSO READ | From Navjot Singh Sidhu to Sunil Jakhar, a look at frontrunners for post of Punjab CM after Amarinder Singh's exit

Sharing details, Inspector General of Police (IGP) Ferozepur Range Jatinder Singh Aulakh said that after finding the role of Parveen in hatching the conspiracy to blow off the motorcycle in a crowded area, the Fazilka Police launched a probe into the available clues and arrested Parveen on Saturday.

IGP also said that, during investigations, Parveen revealed that the blast which happened on the motorcycle, was being driven by Binder, and it was supposed to be parked in some crowded area in Jalalabad city.

Kumar also revealed that the planning for this "act of terror" was done on September 14 at the house of one Sukhwinder Singh alias Sukha, a resident of Ferozepur's Chandi Wala village, the IGP said.

Gurpreet Singh, a native of Lakhmir Ke Hitthar village in Mamdot, was also part of the plan, he said.

Senior Superintendent of Police Deepak Hilori said that based on the inputs gathered from Kumar, all four accused, including Balwinder, have been booked and efforts are on to arrest Sukhwinder and Gurpreet. He said all the four accused have a criminal background and are related to each other.

On August 8, the Amritsar Rural police had recovered five hand grenades and a tiffin bomb from Daleke village in Lopoke.

On August 20, the Kapurthala police had also recovered two hand grenades, one tiffin bomb and other explosive material from Phagwara.

Another tiffin bomb was used to blow up an oil tanker in Ajnala on August 8.

Now, airlines can operate flights at 85 per cent capacity