The BJP president also accused the Congress party of promoting the dynasty culture in the Indian polity. 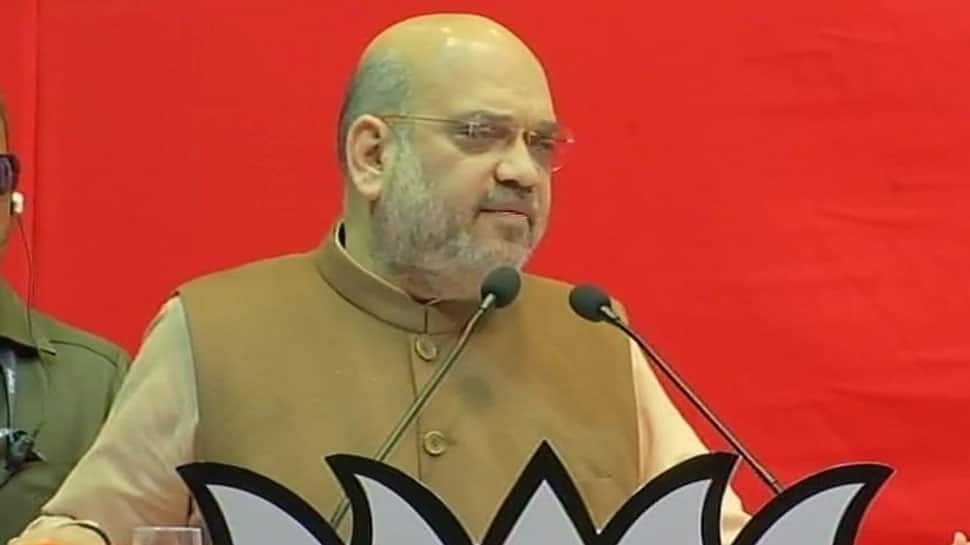 PUNE: Launching a scathing attack on the Congress party, BJP president Amit Shah on Saturday said that despite ruling the country for nearly 55 years, the oldest political party failed to change the destiny of India.

The BJP president also accused the Congress party of promoting the dynasty culture in the Indian polity.

During his speech, Shah shifted his focus on his party's ongoing face-off with the TMC government in West Bengal led by Chief Minister Mamata Banerjee.

Shah alleged that the Mamata government is scared of BJP's rising footprints in West Bengal and that's why creating obstacles for the saffron party by blocking its rallies and denying permission to saffron leaders.

''An affidavit was filed in the SC that BJP's yatra will create law and order problem. Yesterday, a channel did a sting operation in which their IB officer can be seen saying that 'there was no law and order question. This shows that Mamata di is scared, that's why we made such a report,'' Shah said.

Earlier on Friday, Shah addressed a rally in UP during which he called illegal migrants a vote bank of the Samajwadi Party and the BSP and also targeted the opposition over the issues of triple talaq and the Ayodhya dispute.

He warned the every single intruder will be sent home if the BJP returns to power.

Shah said the party remained committed to the construction of the Ram temple at the disputed site in Ayodhya, and challenged the opposition parties to spell out their own stands on the issue.

He said this while addressing booth-level party workers in Maharajganj and later in Jaunpur in a series of such interactions in the run-up to the Lok Sabha elections.

In Jaunpur, he brought up the surgical strike against militant camps in Pakistan-held territory in 2016.

He said the recent exercise on the National Register of Citizens (NRC) in Assam had identified 40 lakh such people, and the process of throwing them out has started.

"If UP elects the Narendra Modi government again in 2019, from Kashmir to Kanyakumari, from Assam to Gujarat, from Uttar Pradesh to Uttarakhand, every single intruder will be ousted,'' he said.

He also referred to the Congress' women wing chief Sushmita Dev's remark made on Thursday that the party will scrap the triple talaq law if it comes to power, and asked, "Should Muslim women and girls not get their rights?