Rahul Gandhi has been depicted as Lord Ram in posters put by Congress workers in Patna. 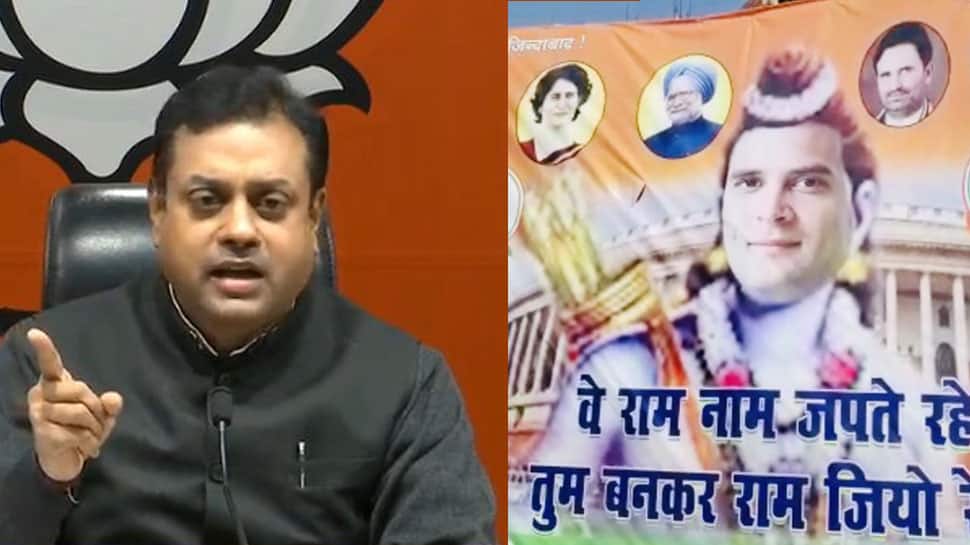 New Delhi: Hitting out at the Congress party after posters showing its president Rahul Gandhi dressed up as Lord Ram came up in Patna, the BJP on Tuesday accused the main opposition party of ''doublespeak'' and said that ''sycophancy is the supreme conduct of Congressmen.''

Reacting to the posters, BJP's national spokesperson Sambit Patra asked the Congress party to first clear its stand on the Ram temple issue before embracing the deity.

Patra asked the party about its stand on transferring non-disputed land in Ayodhya to the trust (which was formed to promote and oversee the construction of Ram Mandir).

“What is your (the Congress) stand on the petition of the central government submitted before the Supreme Court today?” the BJP spokesperson asked.

“This is the Congress’ poster in Patna. Sycophancy is the supreme conduct for Congressmen. First, refute the existence of Lord Ram, then dress Rahul like Shri Ram. Good that (you) became Shri Ram. So tell Congressmen, what is your stand on Centre’s plea to SC on Ayodhya tangle?” Patra said in a tweet.

The reactions from Patra came shortly after the posters, believed to have been put up by local Congress workers in Patna depicting the Gandhi scion as 'Lord Ram', became viral on social media.

“He (Rahul Gandhi) has all the qualities of Lord Ram and not Prime Minister Narendra Modi who is only doing politics in the name of Lord Ram,” a 67-year-old Congress worker, Vijay Kumar, who allegedly put the poster, said.

Rahul Gandhi is shown at the centre of the posters.

In an apparent dig at the ruling BJP, which is known for its 'Hindutva' stand, the posters read ''They (BJP) kept chanting Ram-Ram, You (Rahul) live like Lord Ram.''

The posters also talked about the upcoming Congress rally - Jan Akansha Rally - which is scheduled to be held at Gandhi Maidan in Patna on February 3. The rally is expected to be addressed by Rahul Gandhi and top party leaders.