The protest has been called by Congress and Left parties against the spiralling cost of petrol and diesel which have reached record levels. 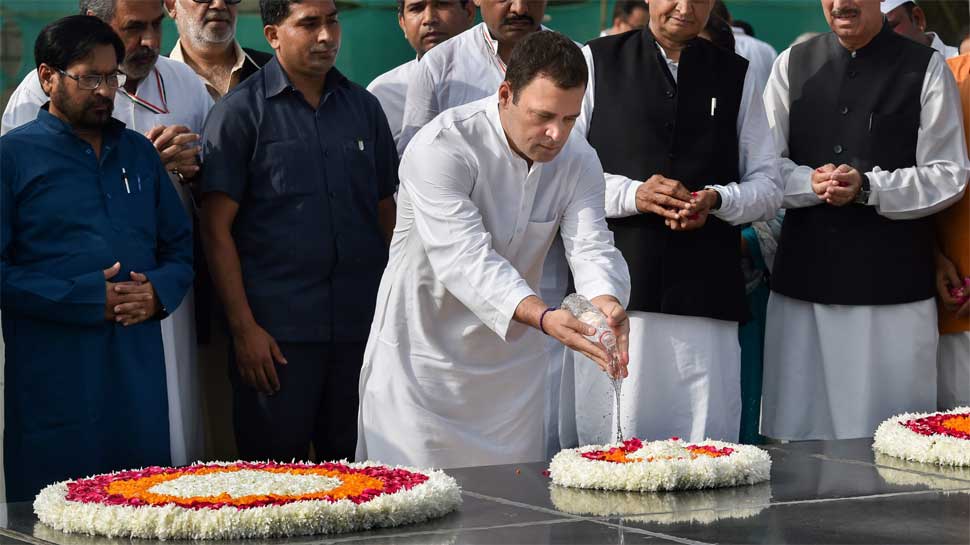 NEW DELHI: Congress President Rahul Gandhi offered the holy water from his recent visit to Kailash Mansarovar at Mahatma Gandhi's samadhi at Rajghat on Monday. Rahul was seen taking out a bottle from his pocket and offering it at Rajghat as he paid tributes to Mahatma Gandhi.

Rahul visited the samadhi before taking part in the Congress-led Bharat Bandh on Monday. This is Rahul's first public appearance since he returned from Kailash Mansarovar yatra. He had embarked on the yatra on August 31.

The protest has been called by Congress and Left parties against the spiralling cost of petrol and diesel which have reached record levels. Twenty-one opposition parties are supporting the 'Bharat bandh', besides a number of chambers of commerce and traders' associations.

The party has demanded that petrol and diesel should be brought under the GST, by which oil prices could drop by about Rs 15 to Rs 18. Petrol and diesel prices set new records Sunday.

According to the price notification issued by the state fuel retailers, petrol price was raised Sunday by 12 paise a litre and diesel by 10 paise per litre.