Malviya said, "Rahul Gandhi 'winks' again... This time during the all serious debate on #Rafale. He surely needs help!" 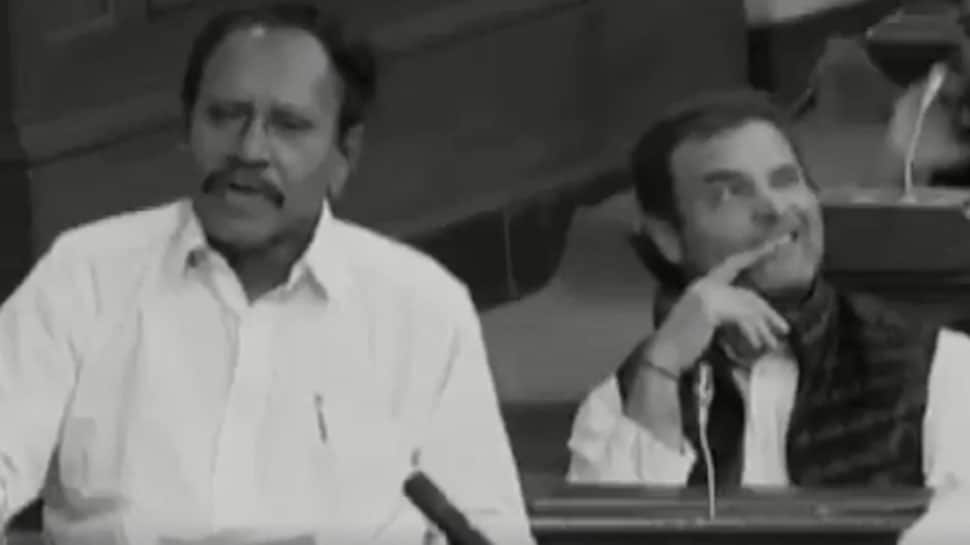 New Delhi: Months after hogging headlines for his wink at Parliament, Congress President Rahul Gandhi winked again in the Lok Sabha during a heated debate on Rafale deal. The incident took place while M Thambi Durai, Deputy Speaker of Lower House, was speaking, standing in front of the Congress chief.

In a video shared by BJP leader Amit Malviya on Twitter, Rahul is seen sitting beside Jyotiraditya Scindia when suddenly he delivered a wink, looking apparently at a party member.

Malviya said, "Rahul Gandhi 'winks' again... This time during the all serious debate on #Rafale. He surely needs help!"

Rahul Gandhi ‘winks’ again... This time during the all serious debate on #Rafale. He surely needs help! pic.twitter.com/rncFdTlphU

In July 2018, the Gandhi scion surprised everyone in the Lok Sabha as well as those watching the debate on the no-confidence motion on TV by hugging and shaking hands with Prime Minister Narendra Modi after his speech. Rahul then went back to his seat and winked at his party colleagues.

In a fiery "point-by-point" rebuttal to Congress's charges on the Rafale deal on Friday, Defence Minister Nirmala Sitharaman accused the grand old party of spreading "falsehood" on the issue. Coming down heavily on Congress, she blamed the Congress-led UPA of 'ignoring' the country's defence needs and doing nothing at a time when neighbouring China and Pakistan were strengthening their respective air forces.