The Supreme Court on Tuesday put the curtains down on a 1,400 year old practice of 'triple talaq' among Muslims. 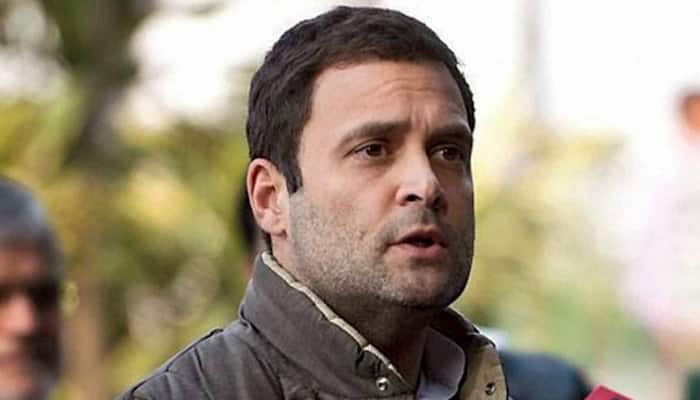 New Delhi: With Congress vice president Rahul Gandhi welcoming the historic verdict of the Supreme Court which in a 3:2 majority put the curtains down on a 1,400-year-old practice of 'triple talaq' among Muslims, it seems the grand old party has made a significant evolution after sensing the mood of the nation.

Interestingly, 32 years back, Rahul's father, Rajiv Gandhi, had overturned the then Supreme Court's verdict in the Shah Bano case.

Shah Bano, a Muslim mother of five children, was divorced by her husband in 1978. She filed a criminal suit in which the Supreme Court ruled in her favour and she won the right to alimony from her husband.

However, the then Congress government, enacted the Muslim Women (Protection of Rights on Divorce) Act, 1986. The most controversial provision of the Act was that it gave a Muslim woman the right to maintenance for the period of iddat (about three months) after the divorce, and shifted the onus of maintaining her to her relatives or the Wakf Board. The Act was seen as discriminatory as it denied divorced Muslim women the right to basic maintenance which women of other faiths had recourse to under the secular law.

There are striking resemblances between the Shah Bano case and Shayara Bano case.

If one goes by the history, the Congress' present stand has surprised many. The grand old party has always been on defensive mode in issues related to the minority community.

However, with the majority of the Indian society siding with the triple talaq victims and welcoming the SC judegement, the Congress wasted no time in praising the landmark verdict and said, "It is a progressive, secular judgement for the equal rights of Muslim women in India."

Shayara Bano is the petitioner who moved the Supreme Court in 2016 on the 'triple talaq' issue.

Shayara Bano from Uttarakhand had appealed to the SC to declare the triple talaq as unconstitutional.

The 37-year-old post-graduate in sociology from Kashipur in Udham Singh Nagar had claimed that her husband forced her to undergo six abortions.

Bano knocked at the doors of the SC after her husband in October 2015 sent a letter to her with "talaq, talaq, talaq" written on it.

A five-judge Constitution bench on Tuesday, by a majority of 3:2 in which the Chief Justice JS Khehar was in minority, said in a one line order: "In view of the different opinions recorded by a majority of 3:2, the practice of 'talaq-e-biddat', triple talaq is set aside."