Prime Minister Narendra Modi urged the members to retain the glory of "Second House" by not allowing it to become the "Secondary House". 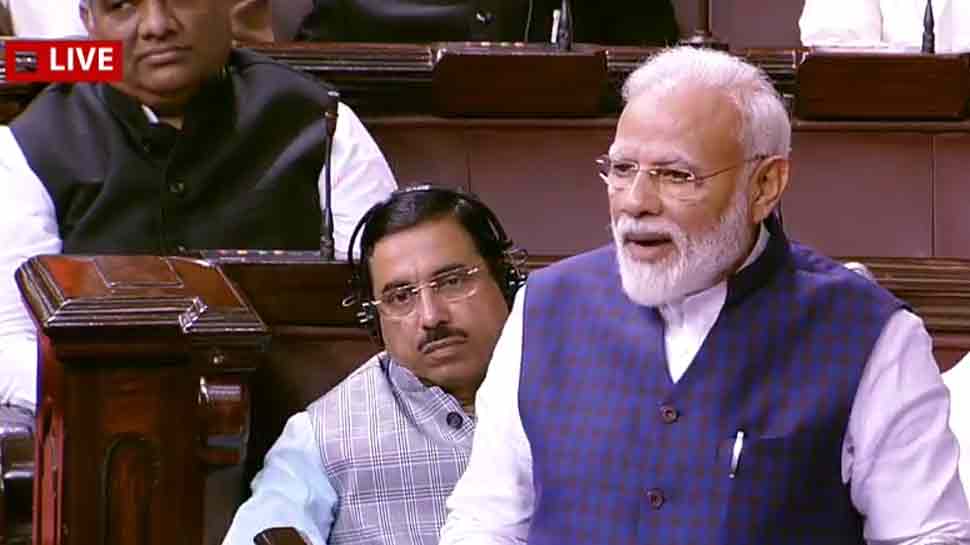 Prime Minister Narendra Modi congratulated the country on the upper house’s 250th Parliament Session while addressing the Rajya Sabha on Monday (November 18), on the first day of the Winter Session.

The commencement of Rajya Sabha's current session holds a great significance as it adds many glorious chapters to it. The Rajya Sabha till November 18, 2019, has passed a total of 3817 Bills in the past 67 years. It also has the privilege of witnessing 208 women MPs in this august house.

So far, 137 members have been nominated to the Upper House in the last 67 years, while a total of 2282 members have graced the house with their presence. Notably, the first session of the Rajya Sabha was held in 1952.

PM Modi started his speech to stress the importance of the Rajya Sabha, and credited the Upper House for giving an opportunity to those away from electoral politics to contribute to the nation and its development.

He said the Rajya Sabha gives people who could not clear elections to be a part of Parliament, “But their contribution is as valuable” while naming Dr BR Ambedkar as one such example.

The Prime Minister said, “Who can forget that it was through the Rajya Sabha that a stalwart like Dr Babasaheb Ambedkar could contribute even more to national progress,” pointing out that Ambedkar was never allowed to be elected to the Lok Sabha.

He also urged the members to retain the glory of "Second House" by not allowing it to become the "Secondary House".

It was an intriguing addition to the Prime Minister Modi's speech, just ahead of Sharad Pawar meeting with Congress president Sonia Gandhi to discuss a prospective alliance with the Shiv Sena in Maharashtra.

The Shiv Sena and the BJP won a combined majority in Maharashtra's state election, but fell out due to a disagreement on sharing the chief minister's job.

But the Sena is confident it can form a stable government with help from rivals Congress and NCP. Sena leader Sanjay Raut told India Today TV a new administration would be in place by the first week of December.

Notably, the 250th session of the Rajya Sabha witnessed yet another change. The Marshals appeared in deep blue winter uniform standing alongside Chairman M Venkaiah Naidu. They are likely to don white uniforms, resembling those of Navy officers, during Parliament sessions in the summer season.

The members of the House were surprised to see the marshals in new uniform abandoning the earlier attire which included a turban.

The new uniform looks more like those worn by military personnel, as it includes a cap giving the look of a police or military officer.

Meanwhile, it could not be ascertained immediately if the new uniform is for special occasions like the current landmark 250th session only or permanent.