"There was a time when many would come to India to advise us. But today nobody is doing that because it has become a global problem. Terror infrastructure by Pakistan has become the epicentre of global terror today," he said. 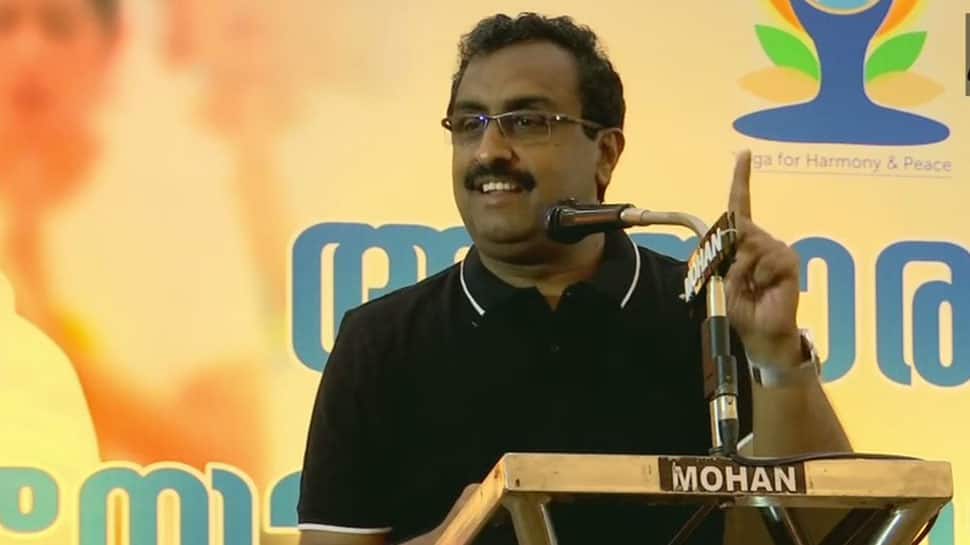 BJP national general secretary Ram Madhav on Monday slammed Pakistan calling it the epicentre of terrorism. Speaking at US-India Strategic Partnership Forum, Ram Madhav said that terror situation in Pakistan is not an issue only for India but has become a "global problem".

"We are going through a phase where Pakistan is not seen as a difficult relationship by India alone anymore. Many of you will agree that many of the countries around the world see affairs of Pakistan, an issue to be concerned about. Especially talking about the terror infrastructure in Pakistan. There was a time when many would come to India to advise us. But today nobody is doing that because it has become a global problem. Terror infrastructure by Pakistan has become the epicentre of global terror today," he said.

He also said that the world leaders have to come together to persuade Pakistani leadership to act on terrorism.

Madhav asserted that India wants a good relationship with all its neighbours but "not at the gunpoint". He said, "We always said that we want a good relationship with our neighbour country but not at the gunpoint. Yesterday evening I just returned from Srinagar, for the last 48 hours, relentless shelling from Pakistan is on, in an effort to push terrorists into Kashmir. Our forces had to go and destroy terror launch pads once again," he said.

His response came after Pakistan Army on Saturday carried out artillery firing on Indian positions to facilitate the infiltration of terrorists into India. In response Indian Army launched artillery attacks on terrorist launchpad situated inside Pakistan-occupied Kashmir (PoK) opposite the Tangdhar sector on the intervening night of Saturday and Sunday. Four to five Pakistan Army soldiers were killed in the exchange of fire.

On Sunday, hailing Army for destroying terror launch pads in PoK, Madhav had said that the forces would rightly answer to the neighbouring country. Madhav had said, "Our security forces are well equipped to handle the situation. It will answer them back. We will not allow anyone to disturb the peace." Talking about the detention of political leaders in the Valley, he had said the safety of the common people cannot be compromised for a few people.

Speaking on Monday on Pakistan narrowly escaping the Paris-based Financial Action Task Force's (FATF) list, Madhav asked what will happen in February 2020. Pakistan had on October 18 avoided being blacklisted by the FATF as it was given time till February 2020 to do more to curb terror financing. However, the country was severely indicted for failing to deliver on most of its 27 targets and not putting a stop to terror financing.