The rituals preceding bhoomi pujan started in Ayodhya today with 'Gauri Ganesh' puja amid chanting of mantras by 11 priests. 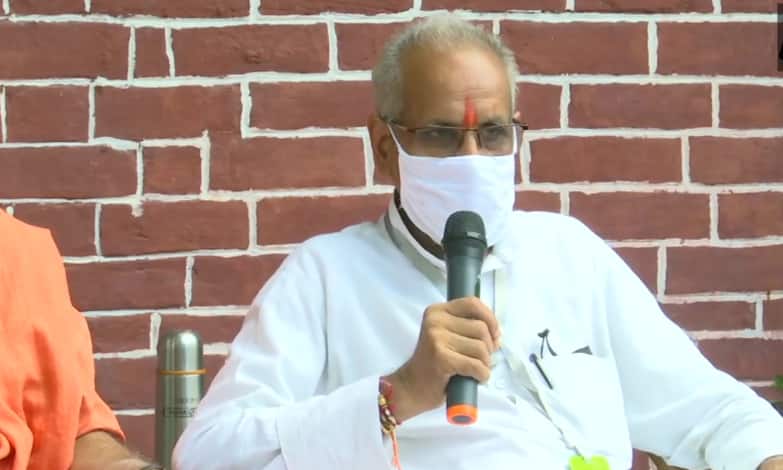 The rituals preceding 'bhoomi pujan' started in Ayodhya today with 'Gauri Ganesh' puja. The 'puja' started at 8 am today amid chanting of mantras by 11 priests while 'Ramayana path' were held in various other temples. The 'Gauri Ganesh' puja was done by priests from Kashi, Kanchi and Delhi.

The three-day rituals will culminate with the 'bhoomi pujan' that will be performed by Prime Minister Narendra Modi on Wednesday.

Senior BJP leader Uma Bharti today tweeted that she will not be able to attend the 'bhoomi pujan' ceremony due to coronavirus COVID-19 pandemic situation. She said she is worried about the health of Prime Minister Narendra Modi, after hearing that Union Home Minister Amit Shah and some other BJP leaders have also tested positive for coronavirus.

In another tweet, senior BJP leader said that she has urged the officers of Shri Ram Janmabhoomi Nyas of Ayodhya and Prime Minister's Office (PMO) to remove her name from the list of invitees for the ceremony.

Chief Minister Yogi Adityanath, however, reached Ayodhya today to take stock of the preparations, two days ahead of the much-awaited 'bhoomi pujan' of the Ram Temple. The Chief Minister expressed his joy on Twitter and quoted a few lines from Ramcharitmanas adding that the wait from many centuries is now over.

Meanwhile, Northern Railways has announced that the first phase of the new modern railway station in Ayodhya will be completed by June 2021. The station will be built on the theme of Ram temple and will be equipped with all modern facilities.