The Central Board of Secondary Education (CBSE) on Thursday declared the result of Class 12 board examinations. The overall pass percentage in 2019 has jumped by 0.31 per cent as compared to the last year and stands at 83.4 per cent. 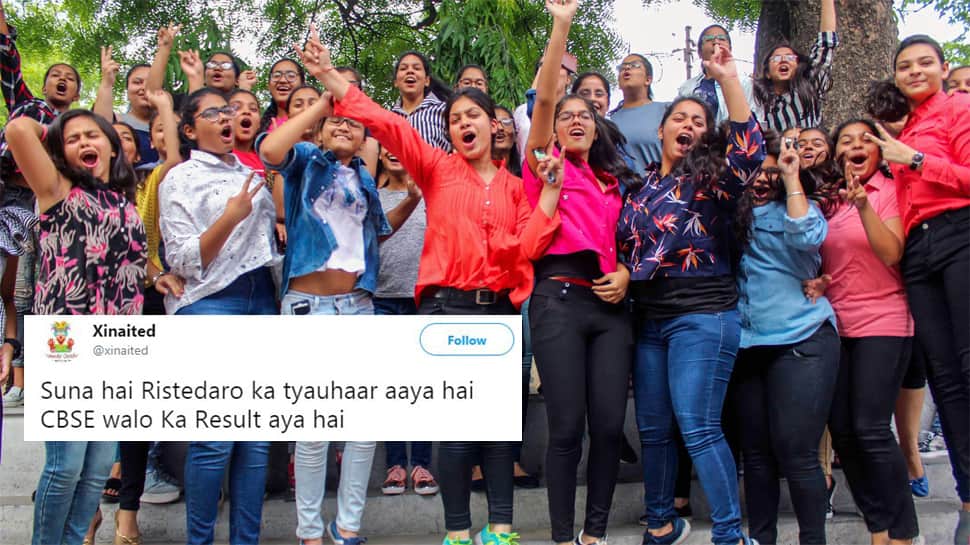 CBSE Class 12 results 2019: The Central Board of Secondary Education (CBSE) on Thursday declared the result of Class 12 board examinations. The overall pass percentage in 2019 has jumped by 0.31 per cent as compared to the last year and stands at 83.4 per cent. The top three performing regions are Thiruvananthapuram with 98.2 per cent, Chennai region with 92.93 per cent and New Delhi with 91.87 per cent.

Hansika Shukla from Delhi Public School in Ghaziabad and Karishma Arora from Muzaffarnagar's SD Public School have emerged as the joint toppers with a score of 499 out of 500. Yet again, girls have done better than boys by a whopping 9 per cent. "88.70 per cent of girls and 79.4 per cent boys passed the examination. Out of 18 top performers in the country, 11 are the girls," said Anita Karwal, Chairperson of CBSE."

As CBSE announced the results, Twitterati got busy sharing jokes and memes on the results:

How students react after seeing the marks

And the relatives are back!

*le relatives after watching my cbse board result* #chaikastall pic.twitter.com/Ai1prsfsBs

Relatives after finding out that #CBSE results are out pic.twitter.com/KDRG0qnUMv

Oh No! Dad's seen the marks!

Who thought all will be well after Class 12 result?

Meanwhile, as CBSE announces Class 12 results, students who appeared for the Class 10 exam are waiting with bated breath.

When parents are roasting your sister for scoring 460 in XII, and your X results are soon approaching !!#CBSE #CBSE pic.twitter.com/00QDluLaEF