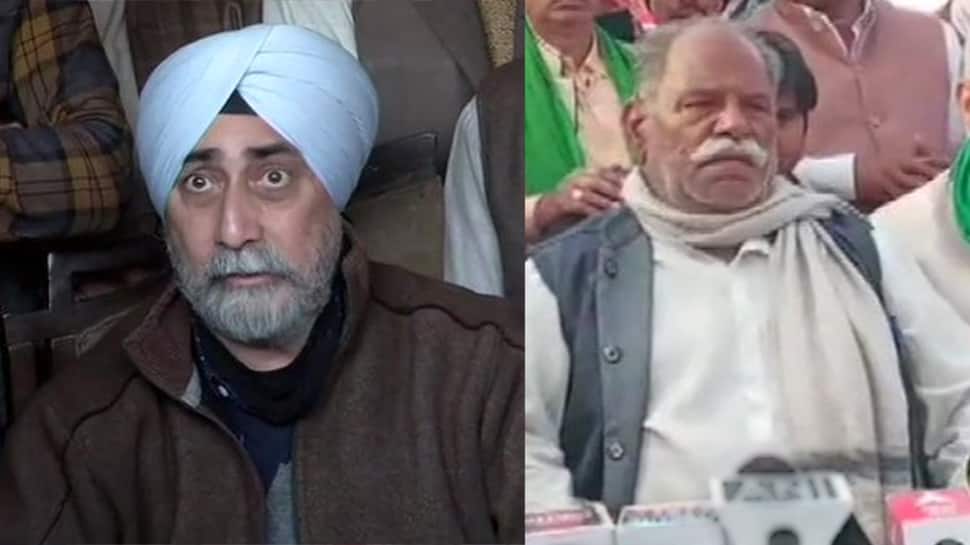 In a major blow to the farmers' protests, two farmer unions on Wednesday withdrew from the ongoing agitation on Delhi's borders against the three farm laws, a day after violence broke out in the national capital on Republic Day during the tractor parade.

Talking to reporters, Bharatiya Kisan Union (Bhanu) president Thakur Bhanu Pratap Singh said he was deeply pained by whatever happened during the tractor parade in the national capital, adding that his union was ending its protest. The union was staging the protest at the Chilla border.

VM Singh of All India Kisan Sangharsh Coordination Committee said that it is withdrawing from the ongoing agitation as they cannot carry forward a protest with someone "whose direction is something else".

The tractor parade on Tuesday that was to highlight the demands of the farmer unions to repeal three new agri laws dissolved into anarchy on the streets of the city as tens of thousands of protesters broke through barriers, fought with police, overturned vehicles and hoisted a religious flag on the ramparts of the iconic Red Fort.

The Delhi Police has registered an FIR against farmer leader Rakesh Tikait and others in connection with the violence in the national capital during the tractor rally on Republic Day, officials said on Wednesday. Police detained 200 people and have registered 22 FIRs so far in connection with the violence that leftover 300 policemen injured, officials said on Wednesday.

When asked to comment about the case lodged against him, Tikait said FIR against any farmer leader is FIR against farmers of the country.

The tractor parade on Tuesday that was to highlight the demands of the farmer unions to repeal the three new agriculture laws descended into anarchy as tens of thousands of protesters broke through barriers, fought with police, overturned vehicles and hoisted a religious flag from the ramparts of the iconic Red Fort.

Clashes broke out in multiple places, leading to violence in well-known landmarks of Delhi and its suburbs, amid waves of violence that ebbed and flowed through the Republic Day.