Fatehveer Singh had been rescued after massive efforts lasting nearly 106 hours after he had fallen inside a borewell. He, however, died at a hospital where he had been taken for treatment. 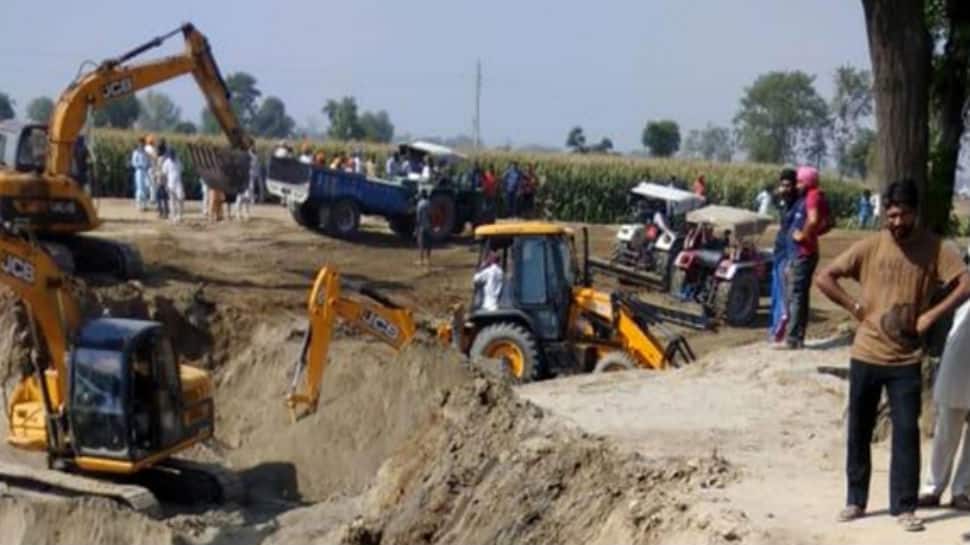 Nearly 106 hours after he had fallen inside an open borewell in Punjab's Sangrur, a two-year-old child was finally rescued on Tuesday morning but he passed away shortly after.

The tragic incident took place in  Bhagwanpura village where Fatehveer Singh had fallen inside a borewell at around 4 pm on Thursday. Despite a massive rescue operation, he could only be rescued after more than four days. He was rushed to the hospital for treatment but the young life ended shortly after.

There has been massive outrage among locals here regarding the manner in which the rescue operation had been carried out. They alleged a lack of urgency on the part of local administration, a charge that has been vehemently denied.

#Punjab: Locals in Sangrur protest against the state government over death of two-year-old Fatehveer Singh who fell into a 150-foot-borewell on June 6. pic.twitter.com/8QSdOJHxaF

Personnel from the National Disaster Response Force (NDRF) had been called in to assist in the rescue efforts but it is reported that since the child was stuck at a depth of 125 feet of the borewell which was only seven-feet wide, the task at hand became extremely difficult. It is also reported that food and water could not be dropped down to the child although a steady supply of oxygen was maintained.

A special high-intensity drilling machine and camera scanners were brought in to assist in the rescue efforts. Punjab CM Captain Amarinder Singh too had assured that no effort is being spared to help.

The efforts finally materialised on Tuesday when Fatehveer was rescued. In what could have been a happy ending to an arduous four days turned tragic when Fatehveer passed away. Amarinder tweeted his condolences. "Very sad to hear about the tragic death of young Fatehveer," he wrote. "I pray that Waheguru grants his family the strength to bear this huge loss. Have sought reports from all DCs regarding any open bore well so that such terrible accidents can be prevented in the future."